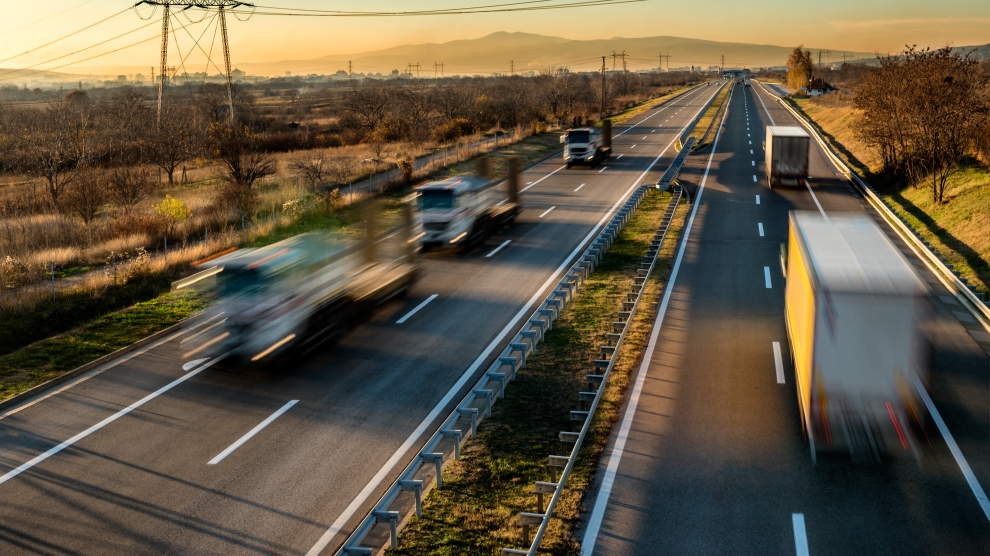 Romania’s less-than-discerning press corps last week reported with barely-disguised joy that the United States had announced plans to finance – to the tune of seven billion US dollars – the construction of a motorway linking the Baltic and Black Seas. What’s more, a railway would be built alongside the motorway.

It didn’t take long for maps of this as yet imaginary infrastructure bonanza to appear, optimistically showing potential routes linking Constanța in Romania with Gdańsk in Poland, some passing through Hungary and Slovakia, others cutting a path through Ukraine. Finally, wrote the over-excited hacks, after decades of waiting, the Americans were coming to save the day, filling the breach left by consecutive Romanian governments who have been unable – or simply unwilling – to construct decent road and rail infrastructure. In the imagination of some, TGVs would soon be running at high speed through the Romanian and Polish countryside.

This optimism is misplaced, and ignores entirely what was actually agreed between Romanian and US officials during a visit to Washington by the Romania’s economy minister, Virgil Popescu. After all, it doesn’t take more than a couple of minutes of rational thought to realise that perhaps there had been a misunderstanding. After all, seven billion US dollars sounds an awful lot, but would hardly cover the cost of a cycle path from Constanța to Gdańsk, let alone a motorway and a railway.

That decent infrastructure linking the Black and Baltic seas is desperately needed is no secret. Across emerging Europe, there is a wide disparity between relatively well developed east-west connections and far less satisfactory north-south infrastructure. Righting this wrong was one of the reasons behind the creation of the Three Seas Initiative, a forum of 12 European Union states that together form a north–south axis from the Baltic to the Adriatic and Black Seas.

Founded in 2016, its flagship projects include liquefied natural gas infrastructure, such as sea terminals in Poland and Croatia and a connecting pipeline between the two, as well as the so-called Via Carpathia, a motorway linking Klaipėda in Lithuania with Thessaloniki in Greece. These projects were formally drawn up at a summit in the Romanian capital Bucharest in 2018, but for the time being exist solely on paper. What’s more, while the Via Carpathia would include some new construction, its backbone would be upgraded existing infrastructure.

Romania’s transport minister Lucian Bode was this week required to clarify just what was on offer from the US. Far from handing Romania seven billion US dollars to build motorways, the money will be made available as soft loans with the condition that US firms and technology are used.

“It’s not a gift,” said Mr Bode, who suggested that part of the money could be used to complete two sections of motorway in the west of the country, between Arad and Oradea, and Lugoj and Calafat, two pieces of a far broader jigsaw that might eventually link Constanța with Gdańsk, but not, as some had excitedly reported, an entirely new motorway between the two cities. Likewise, there will be no new railway line: instead, parts of Romania’s tragically decrepit existing railway lines will be upgraded.

Even here, however, the political will for such development must exist. As Mihai Alexandru Crăciun, the founder of Construct Romania, a think tank, points out, Romania has for years had far greater – and non-reimbursable – funding available from the European Union but has been unable to use it.

While haulage companies wanting to ship goods from Constanța to Gdańsk might therefore be kept waiting for quite some time before they can do so at optimum speed, Mr Popescu’s visit to Washington did bring about tangible results: the possibility of US involvement in the further development of Romania’s nuclear power plant at Cernavodă.

The two countries signed a draft agreement to cooperate in expanding and modernising the civil nuclear energy programme in Romania, which, according to the US Department of Energy, will allow Romania to use US expertise and technology to build two new reactors at Cernavodă and modernise one of two currently in operation.

At the same time, the agreement emphasises the importance of the strategic partnership between the United States and Romania and the mutual commitment of the two parties for energy security in the region. Should the deal be completed – it first needs to be cleared by the European Commission, as per the provisions of the Euratom Treaty – it would remove the possibility, once and for all, of China becoming a key player in Romania’s energy market.

The move came as little surprise given that Mr Popescu has repeatedly stated that the new reactors should be built with “European partners or fellow NATO members”.

Nuclearelectrica has previously said that it could build the two new reactors itself, but most analysts dispute this.

Cernavodă currently has two 706 MW reactors. The first went online in 1996, while the second has been operational since 2007. The two reactors utilise Canadian technology from Atomic Energy of Canada, making use of heavy water produced at Drobeta-Turnu Severin as a neutron moderator and coolant agent. Combined, the two reactors produce around a fifth of Romania’s total electricity output. The cost of building two new reactors, and of extending the lifespan of the first reactor by 60 years, is estimated at around eight billion euros.