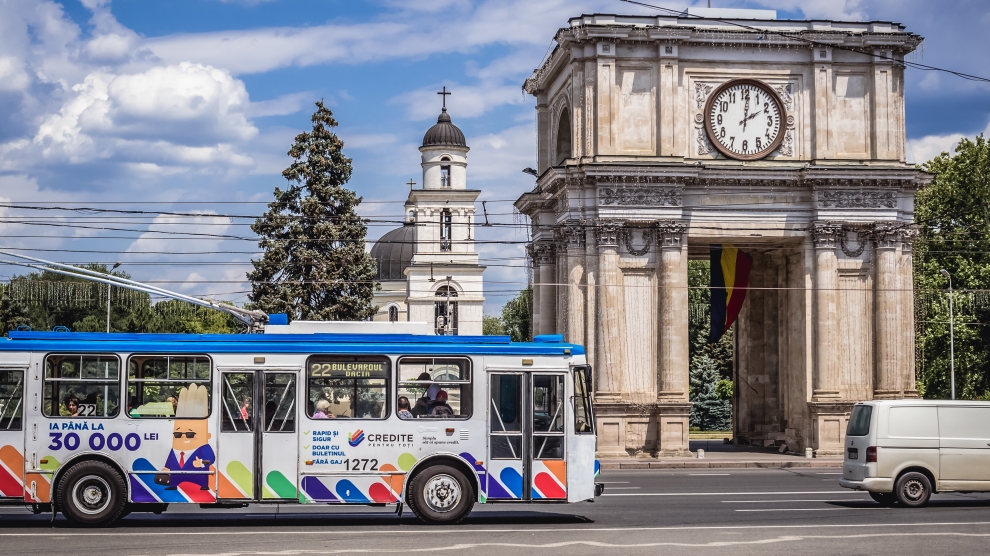 As part of the development strategy – hammered out last year with a team from the European Bank for Reconstruction and Development (EBRD) – the city will commit itself to enhancing institutional capacities for the implementation of sustainable urban development. The strategy is part of the EBRD’s flagship urban sustainability programme, EBRD Green Cities. Chisinau was the first city in Moldova to join the programme; Bălți has also signed up.

While Moldova is still one of the least urbanised countries in Europe, with 55 per cent of the population living in rural areas (as of 2014), the situation is rapidly changing. According to some projections, the country’s rural population will drop to 50 per cent by 2025 and 40 per cent by 2050.

Additionally, it’s expected that Chișinău will host over 50 per cent of the country’s total urban population by 2030. Migration from the countryside and other cities has already put a strain on the capital’s creaking infrastructure.

As such, urban planning and development has quickly become one of the main priorities for the Moldovan government and for the city’s authorities.

In 2018, a survey by the United Nations Development Programme (UNDP) revealed that most Chișinău residents are unsatisfied with the city’s public transportation, its untidy appearance, and the inefficient management of green spaces.

“We welcome this key step taken by Chișinău municipality to improve its urban environment. The action plan adopted last week will pave the way for much needed infrastructure investments aimed at improving lives in the Moldovan capital,” says the EBRD’s head of Moldova, Angela Sax.

According to the city council, the overall vision that guides its strategic planning process is people-centered, “so as to ensure a safe, resilient and healthy environment”.

In order to achieve the objectives set out in the strategy, the city will need to spend an estimated 365 million euros, money which will be sourced from the city and national budgets, the private sector, and loans from international financial institutions. However, the city’s mayor, Ion Ceban, says that it will be for the council alone to decide which projects take priority.

What does seem certain to be one of the first tangible benefits of the strategy is a fleet of new buses. As many as 250 energy efficient vehicles are set to be purchased by the city before 2023, and a number of dedicated public transport lanes will be created on busy central streets. The number of bicycle lanes in the city – currently almost zero – will also be boosted.

Residential blocks built during Soviet times are set to be renovated and made more energy efficient, while the city hopes to make the way in which is collects and disposes of waste more efficient.