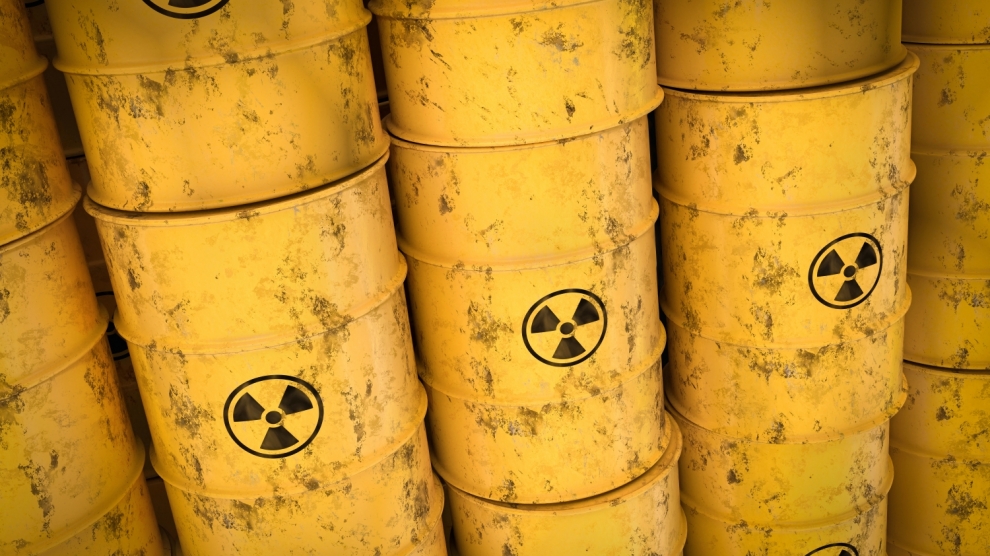 Tensions are flaring between Bosnia and Herzegovina and Croatia over the latter’s controversial plan to store nuclear waste at Čerkezovac, a former military installation on the border between the two countries.

The location has been selected by the Croatian government as its designated site for the storage of its share of waste produced by the Krško nuclear power plant in Slovenia.

Environmentalists have warned that the site could have serious consequences for the health of both the people in the area and the ecosystem. Last summer a number of protests against the plans to dump waste at Čerkezovac were held just over the border, in the town of Novi Grad, in Bosnia and Herzegovina’s Republika Srpska.

Since then, the Croatian parliament has reconfirmed that the military installation in the Trgovska Gora mountains remains its preferred choice as the site of the nuclear waste disposal programme. Čerkezovac will be given over to Fond NEK, the entity responsible for decommissioning the Krško plant and the disposal of radioactive waste and spent nuclear fuel. Krško, opened in 1983, was set to be decommissioned in 2023, although Slovenia and Croatia have agreed to extend operation at the plant to 2043.

Before the waste site can be built, an environmental study must be carried out: this has yet to happen.

“We are talking about storing nuclear waste in a complex that is located 800 metres from the river Una,” says Mario Crnković, a member of the Green Team NGO which was involved in last year’s protests. “In Novi Grad alone, 15,000 people consume water from the river. It is also a national park, home to 325 species of animal, of which 92 are protected.”

Green Team is not the only organisation that has raised concerns. Others have claimed that if the waste disposal plan proceeds, some 250,000 people could be in danger.

Bosnian officials have also raised concerns publicly. Some have pointed out that Croatia intends to build the site in an area with a predominately ethnic Serb population.

“The eventual building of the nuclear waste disposal site on Trgovska Gora is completely unacceptable because it would endanger the health of 250,000 people in 13 municipalities near the river Una, and have a negative effect on the environment,” says Staša Košarac, Bosnia and Herzegovina’s minister of foreign trade and economic relations.

However, Fond NEK says the claims are unfounded.

“The warehouses containing low and medium radioactive waste do not represent any danger to the local population or the environment, on the condition that they are built and monitored in accordance with best practices,” Sanja Miščević, head of public relations at the Fund, tells Emerging Europe.

She also pointed out that are other such sites in the world that are located near nature parks and inhabited areas.

“Persuading [us] that storing radioactive waste at the targeted location will not have any negative consequences seems quite a lot like a bad joke from a low budget movie,” he says.

Despite all the opposition, Croatia remains steadfast in its determination to go ahead with the plan. NGOs like Green Team have called on the Bosnian government to raise the issue at international level.

“We expect Bosnia and Herzegovina as a state to act responsibly to stop this. We also expect experts from the non-governmental sector to be included in the process,” Mr Crnković concludes.