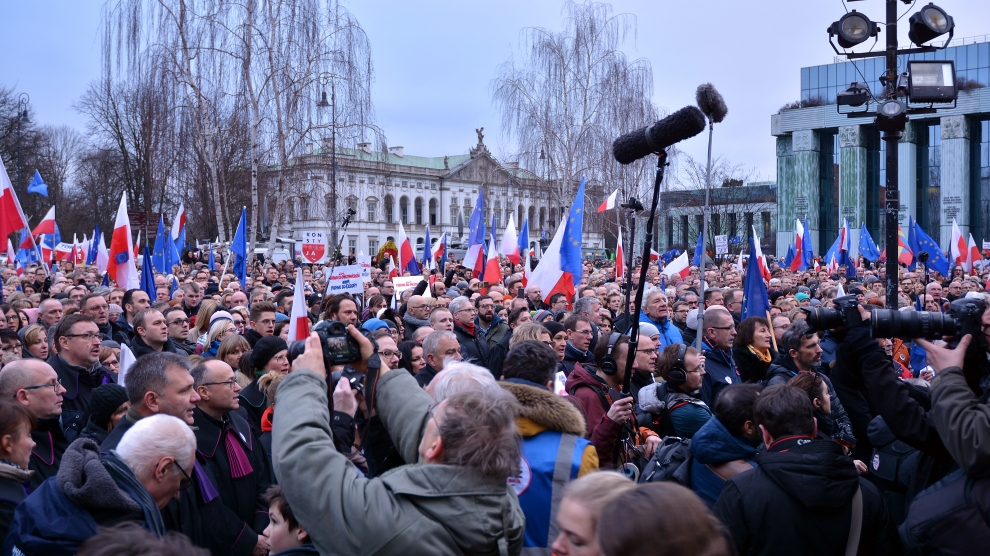 Democracy in emerging Europe would appear to be in retreat, according to the latest edition of the Democracy Index, published by the Economist Intelligence Unit.

The annual survey, which rates the state of democracy across 167 countries based on five measures – electoral process and pluralism, the functioning of government, political participation, democratic political culture and civil liberties – finds that democracy has been eroded around the world in the past year. The global score of 5.44 out of ten is the lowest recorded since the index began in 2006.

Emerging Europe’s average score for the 22 countries of the region covered in the report (Kosovo is not included) remains, at 5.87, slightly above the global average. However, the region’s overall score has fallen from 6.13 in 2018. Improvements in the scores for a few countries, notably Armenia and Ukraine, were offset by falling scores for others, in particular Belarus.

This mixed picture suggests that emerging Europe’s democratic malaise persists amid a weak political culture, difficulties in safeguarding the rule of law, endemic corruption, a rejection by some countries of ‘liberal’ democratic values and a preference for ‘strongmen’ who bypass political institutions, all of which creates a weak foundation for democracy.

The region does not have a single ‘full’ democracy, and it is also the region that has deteriorated the most since the Democracy Index was established in 2006, when the average score for the 22 countries was 6.48. Since then, only five states: Armenia, Estonia, Georgia, Latvia and Lithuania have seen their scores improve. Every other country in emerging Europe now has a Democracy Index score lower than in 2006.

Estonia is once again emerging Europe’s best performing country with a score of 7.90: lower, nevertheless, than in 2018, when it came close to being declared a ‘full democracy’. A weakening in trust of the country’s political parties is cited as the reason for the fall. Globally, Estonia ranks 27th.

No emerging Europe countries changed their classification in 2019, meaning that 12 countries remain classed as ‘flawed democracies’, including all of the 11 EU member states plus Serbia; and eight that are classed as ‘hybrid regimes’ (the remaining Western Balkan states plus Ukraine, Moldova, Armenia and Georgia). Belarus and Azerbaijan are both considered ‘authoritarian regimes’.

Amongst the ‘flawed democracies’ Poland (6.62; 57th globally) fell behind Hungary (6.63; 55th) for the first time since 2010, although concerns about the rule of law in both countries remain. Romania saw a slight improvement (6.49; 63rd) having kicked out a corrupt seen as corrupt and reelected a pro-European president, Klaus Iohannis.

In the ‘hybrid regime’ category two countries made substantial steps towards democracy in 2019: Armenia (5.54; 86th) and Ukraine (5.90; 78th). In both countries elections were held that were judged by the international community to be free and fair. Georgia (5.42; 89th) saw its score fall amidst a botched attempt at electoral reform.

The report’s outlook for the region’s ‘authoritarian regimes’ is bleak. Belarus saw its score fall from 3.13 to 2.48 (150th globally), but while Azerbaijan saw a small increase in its score to 2.75 (146th) the report sadly declares: “We expect little to no improvement in the scores for these countries over the coming years, as there appears no credible possibility of the political opposition gaining power in any of them.”

There are others less fortunate, however. North Korea once again brings up the rear of the index with a score of 1.07, unchanged in more than a decade.

The most democratic place on earth? Norway, with a score of 9.87. Only minor issues with the functioning of government prevent it from claiming a perfect 10.

Emerging Europe has quite the catching up to do.

Belarus-Russia oil dispute intensifies over stalled integration talks
Don’t believe the hype. There will be no Belgrade – Prishtina flights just yet
Comment