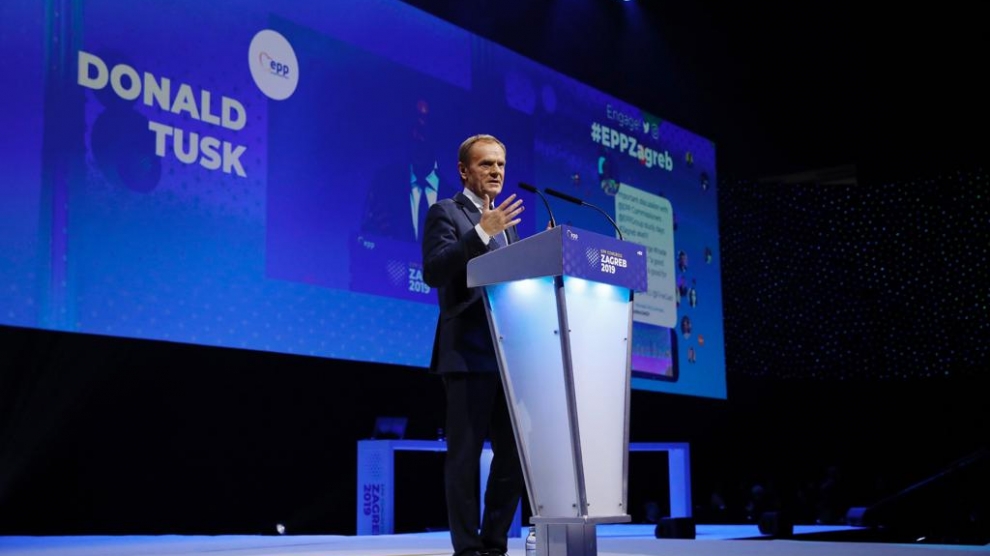 The outgoing president of the European Council, Donald Tusk, has been elected the new leader of the European People’s Party (EPP), and has vowed to fight populism across the continent.

The center-right EPP is the largest grouping in the European Parliament.

“We cannot give away the sphere of security and order to political populists, manipulators and autocrats, who make people believe that freedom cannot be reconciled with security, protecting our borders with liberal democracy, and an effective governance with the rule of law,” said Mr Tusk after his election.

“We will not sacrifice values like civic liberties, the rule of law, and decency in a public life on the altar of security and order, because there is simply no need,” he added.

“I’m ready to fight and I hope you are ready too,” he told assembled members of the EPP at a congress in the Croatian capital Zagreb.

The EPP is made up of over 70 parties from across the EU. It currently has 182 (of 751) seats in the European Parliament. German Chancellor Angela Merkel’s CDU is the largest single party within the group.

Mr Tusk, 62, who recently declared that he would not be running for the Polish presidency next year, takes over from the Frenchman Joseph Daul.