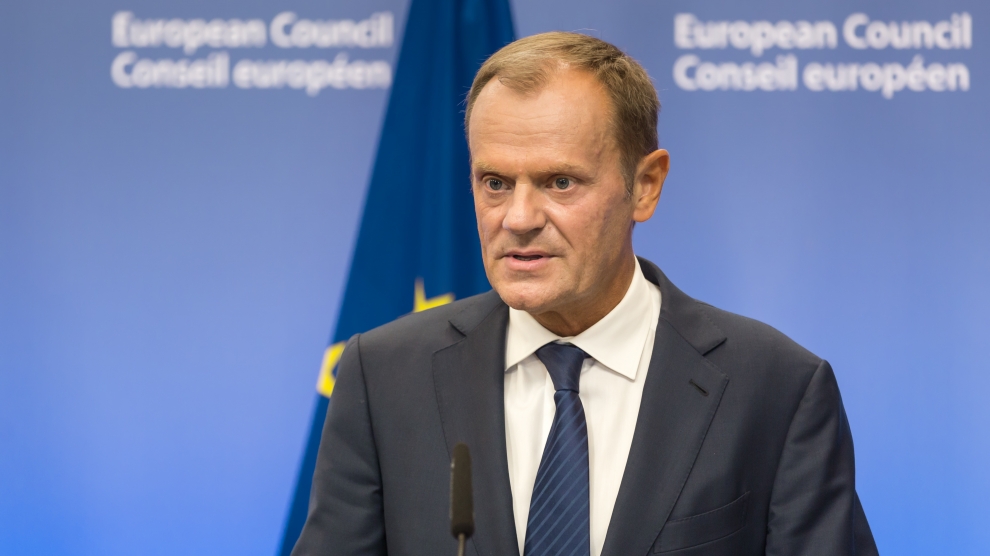 European Council president Donald Tusk is reportedly being considered for the role of EU Commission president. Talk of Mr Tusk’s possible appointment emerged after EU leaders failed to agree last week on the nomination of other potential candidates.

Speaking after the failure of the heads of state or government to agree on a nominee on June 20, the EU Council president denied the rumours, saying that he was not a candidate.

Mr Tusk has for some time been viewed as the next leader of the pro-EU Polish opposition and a potential candidate in Polish presidential election in 2020. However, he has consistently avoided answering any questions about his political future.

EU leaders will reconvene for an unofficial summit on June 30 in an attempt to come to an agreement about the top leadership positions of the European institutions.

At the council meeting on June 20, EU leaders unanimously agreed to extend economic sanctions against Russia over its role in the illegal annexation of Crimea and the eastern Ukrainian crisis until January 2020. Sanctions against Crimea and Sevastopol have also been extended by one year, prohibiting most economic relations with the annexed territories. EU leaders also called on the Russian government to release Ukrainian sailors captured in last year’s so-called Kerch Strait incident.