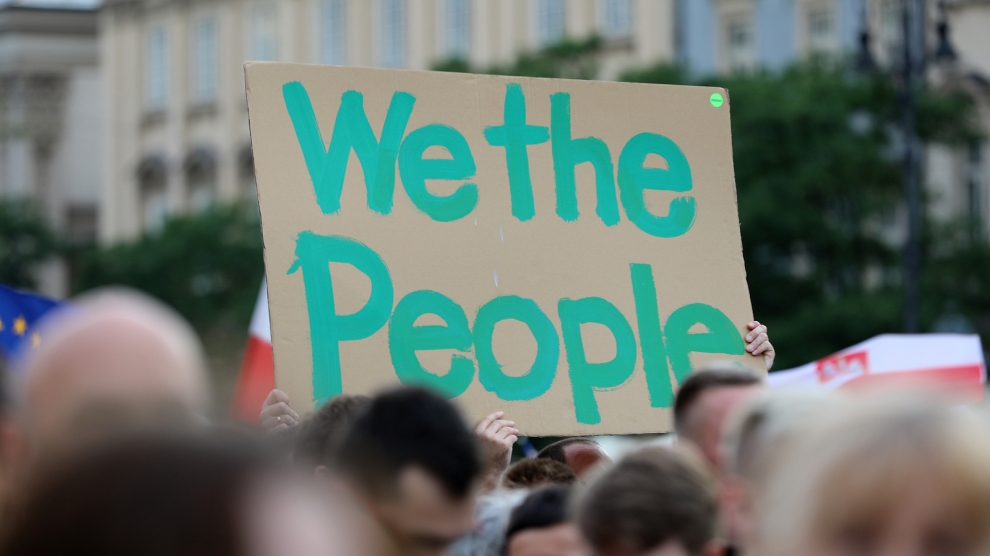 We start with the Guardian, which claims that a new wave of dissidents in the east can turn back Europe’s populist tide. It’s easy to dismiss Hungary and Poland as hotbeds of authoritarianism – but there is democratic resistance, says Natalie Nougayrede. Full story here.

After Croatia announced plans to rent out 15 former Yugoslav workers’ resorts, Bosnia and Serbia have said they will take action to protect their property rights in the country. Full story here.

Kosovo failed in its bid to join Interpol in a vote held during the international law enforcement organisation’s annual general assembly in Dubai, dealing a blow to the country’s efforts to boost recognition of its statehood. Serbia has hailed the vote as a victory. Full story here.

‘Fake’ referees from Latvia and Romania have admitted their role in fixing a number of football matches played during pre-season tournaments in Cyprus. Full story here.

‘It’s Even Worse Than Before’: Ukraine’s ‘Revolution Of Dignity’ has failed the country’s LGBT community. Full story here.

Polish Formula 1 driver Robert Kubica will return to the sport next year as a driver for Williams, completing one of the most amazing comeback stories in sporting history. Seven years ago Kubica almost died in a crash that left his arm partially amputated and cut short his promising career. Full story here.

More than three years after Europe’s biggest influx of migrants and refugees since the second world war, tensions between EU member states over how to handle irregular immigration from outside the bloc – mainly from the Middle East and Africa – remain high. Hungary’s leader, Viktor Orbán, is leading a call among some states for a “strong border” to stop an “invasion”. Full story here.

Finally, a painting by Pablo Picasso stolen six years ago from the Kunsthal Museum in Rotterdam has not been found in Romania, despite initial media reports to the contrary. The Dutch writer Mira Feticu, who wrote a novel based on the robbery, thought she had found the Picasso painting after she was sent an anonymous letter with instructions telling her where it was hidden. The tip-off led her to a forest in the east of Romania where she dug up an artwork wrapped in plastic. After handing it in to the Romanian authorities, it was quickly found to be a fake. Full story here.