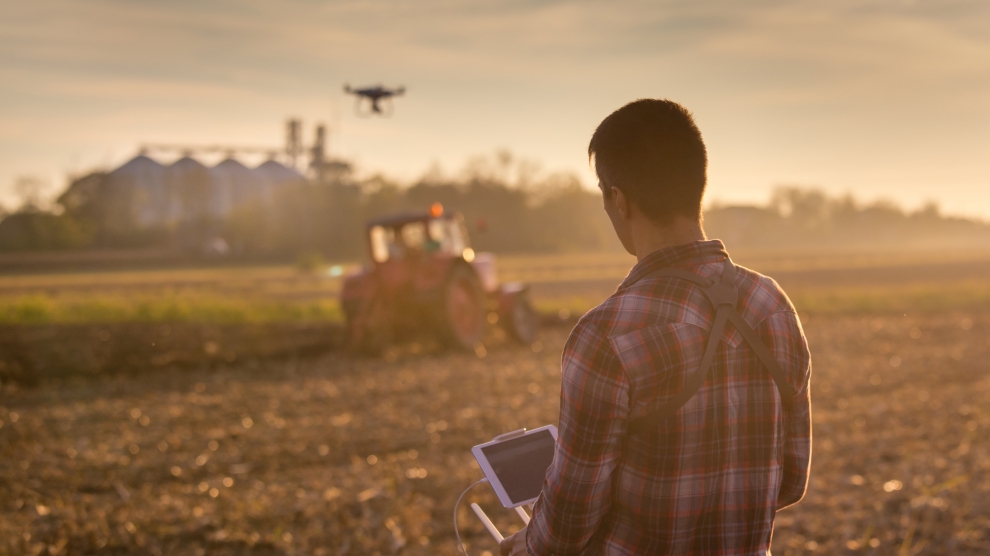 A group of expert panelists has agreed that for emerging Europe to truly lead the way in digital transformation, it needs to upskill and reeducate, so it can bridge its own digital divide. The panel, chaired by Emerging Europe’s founding partner, Andrew Wrobel, was part of a major event, Emerging Europe and United States: Towards 2030, a unique initiative focused on developing smart and sustainable future relationships between the region and the US, organised by Emerging Europe on August 27.

The discussion, which focused on innovation and the digital transformation, provided an expert peak into the future of technologies in the region, particularly in the light of the recent Covid-19 pandemic, which has significantly altered the way we see the role of digital systems.

However, as Jarosław Ponder, head of the Europe office at the International Telecommunication Union (ITU) argued, we cannot afford to be lulled into a false sense of security with the region’s digital skills. “ I want to challenge that we shouldn’t cheat ourselves into thinking that remote work is a digital transformation. Zoom is very simple, it is a video conference, it is workflow, it is simple document management systems. The digital transformation is what happens next,” he said.

He explained that if the first few months of the pandemic has proved anything, its that we need to strive towards a more holistic digital transformation. “Covid-19 time shows that transformation is possible as it triggers blockers to be resolved and push for us to really prepare this hybrid mode,” Mr Ponder continued.

One of these blockers particular to emerging Europe is the digital divide, which became painstakingly apparent during the Covid-19 lockdown. For example, more than a third of Polish teachers were not ready to use laptops to begin teaching online, and many households do not have an adequate amount of PCs for each child.

As another panelist, the CEO of Nearsol, Victor Pereda, explained, the rapid pace of technological development can mean that large areas of the population are left behind. “Technology is moving too fast and people are too slow to react, you can see it by going back to numbers. Even in developed countries, if you go to other regions the percentage is huge, more than a third. There is a definite need to transform.”

The pandemic undoubtedly highlighted this need, as many were forced to quickly become proficient for fear of getting left behind. However, as the panelists argued, it is not possible for a digital transformation to take place so fast. Rather, sustainable and long-lasting changes need to be implemented, both on a government level and through the private sector.

“The government needs to push. The digital revolution is always going to happen, but the government will decide how quickly it will grow. This can slow you down when it comes to leading,” explained Paveł Jakubik, digital leader at Microsoft Polska. “Pre-Covid-19 we were not ready to work from home. Having to transform so many people to a work at home environment, where some regions’ technology wasn’t as good as in Western Europe meant that a lot of companies lost out, as they weren’t ready for the digital transformation to come as quickly.”

Despite Europe appearing very ahead of other regions in the world, the panel agreed that governments are aware of a lack of digital skills among the population. This is particularly true in rural areas where Jerzy Brodizikowski, general manager of the Cambridge Innovation Center, feels that policymakers really need to step in to find ways to fill in this disparity, as well as finding “ways to empower communities to develop technologies to help rural areas and communicate them better with the rest of the developed world.”

“Many feel that the east of Poland’s ICT sector is weaker, but this is not true because there are software houses in all the big cities. But, around them in the towns, there is not a lot of technology at all. Instead, it needs government-sponsored subsidies where people can have access to technology. Alternatively, the free market could step in, where larger corporations can see that people are having huge benefits from access to these technologies,” he continued.

Another step to bridging this digital divide, and allowing the region’s populations to catch up with its technologies is via regulation, according to Mr Ponder, who explained that the ITU’s global regulatory outlook tracker, which looks at the regulators’ approaches in involving all utilities into the discussion, in all sectors is still not there. “Only 10 out of the 46 countries in Europe were found to be complying with these regulation features.”

This regulatory framework is viewed as a way forward to ensuring that leaders at government level are pushing digitalisation in all capacities. To explain, Mr Ponder used the example of agriculture, on which a big proportion of the region’s population still relies, and where digital competence is hard to come by. To ensure that these people are not left behind, the government needs to create bridges and ensure developments in the digitalisation of agriculture. According to him, these kind of steps must also involve encouragement from the private sector.

Communication between the private sector and government is crucial in ensuring longevity and acceleration. As Mr Ponder explained, “It’s not about supporting the opening of an innovation centre that is glossy for three months then dies. Instead, you have to prepare the system to enable entrepreneurs to interact with the government and to not be afraid of what comes out of clear demands.”

“We have supported several countries now in setting up a system that allows them to think more long term. We strongly advocate for a system to be created along with financial engagement and academia.”

Regardless, he has observed many governments in the region who broadcast that they are for a digital future, yet do not follow up with the necessary actions. “They don’t know what skills they need nor how many experts, and don’t have an open dialogue with the private sector.”

Instead, governments must identify the needs of companies in closing the gap, with the support of stakeholders in making a proper assessment of the digital skills, how to harmonise them, and ultimately, how to achieve real holistic changes.

This skillset doesn’t necessarily have to be digital, but as Mr Jakubik explained, there are now trends in Poland of applications that don’t need programmers or IT support. “We expect a massive development on this, and this is a part of the education we are seeing, where upskilling is happening not only in technology universities but in the humanities too,” he explained, citing a need to venture this trend further south into Hungary and the Balkans.

This is just one example of how the digital world is rapidly changing, a shift in which the pandemic is rashly accelerating, leaving not only regions but sectors behind in the digital divide.

In a report looking at digital maturity in Europe released two months ago, Poland took 23rd place, and most of the region followed closely behind, in the second half of the ranking. However, Poland is seen as a leader in individual sectors, such as connectivity. Therefore in order to move forward, the trailing sectors need to be caught up to speed, as the epithet goes, it is only as strong as the weakest link.

“The Polish banking system was never something we were ashamed of, but this was before the digital transformation era,” explains Mr Jakubik.

“Legacy banks have seen digitally native competitors heighten the digital experience and now they are being forced to respond,” he said. “RPA helps them do this, such as during the Covid-19 crisis when banks had hundreds of thousands of people calling them at the same time to cancel loan repayments. RPA can handle these mass requests at once.”

“It will destroy certain kinds of jobs,” he said, “like every other tech before it has done. But at the end of the day tech can also create jobs. Tech creates new needs we didn’t have before: we didn’t have a need for TV or social media before we invented them, but when we did they came with a plethora of jobs to make them function. But this requires reskilling, and the challenge for both private companies and governments is to reskill people and answer the demands of new technology.”

Mr Jakubik believes that emerging Europe can take examples from Asia, a region which instead of playing catch-up, simply developed a league of its own. Hot spots like Singapore, Thailand and Japan, can provide good examples, but emerging Europe has to find its own way, and this can only come in tangent with education and upskilling, the panel concluded.