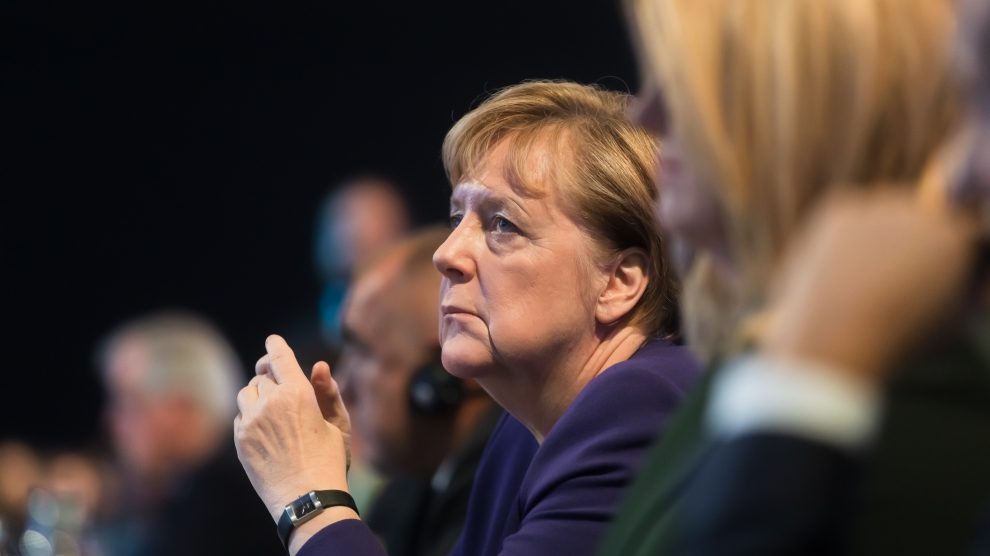 German Chancellor Angela Merkel has long said – in reference to Nord Stream 2, a gas pipeline which will link Russia to Germany via the Baltic Sea – that business and politics should remain separate.

Having declared, however, on September 2 that the poisoning of Russian dissident Alexei Navalny was “attempted murder”, it is becoming increasingly difficult for Mrs Merkel to defend her position. There are already calls from within her own party to halt the Nord Stream 2 project, which is around 94 per cent complete, and which will double Russia’s direct energy export capacity to Germany, to 110 billion cubic metres per year.

Norbert Röttgen, a senior member of the chancellor’s party and the head of the foreign affairs committee in the Bundestag, called for Germany to respond to the poisoning with tough measures that could include the pipeline and Russia’s sales of natural gas.

To leave Nord Stream 2 out of the question now, he said, “would be the ultimate and maximum confirmation for Vladimir Putin to continue with exactly these kind of policies, because it has been proven once again that there will be no response from Europe.”

The German Green party has also called on the chancellor to use the nearly completed infrastructure project to press the Kremlin into answering allegations over the poisoning of Mr Navalny.

My Navalny, long a thorn in the side of the Russian president, remains in a coma at a hospital in Berlin having falling ill on a flight to Siberia on August 20. His team says he was poisoned on Mr Putin’s orders, and Germany has confirmed that there is “unequivocal proof” that a Novichok nerve agent was used. The Kremlin has dismissed the allegation.

“This openly attempted murder through the Kremlin’s mafia-like structures should not just worry us but needs to have real consequences,” said Katrin Göring-Eckardt, the co-chair of the Greens in the Bundestag. “Nord Stream 2 is no longer something we can jointly pursue with Russia.”

The EU’s foreign policy chief Josep Borrell has called on Moscow to cooperate with an international probe into the poisoning and said the 27-nation bloc would not rule out sanctions. Brussels “reserves the right to take appropriate actions, including through restrictive measures”, Borrell said in a statement.

Completion of the pipeline is currently being held up by US secondary sanctions which target companies working to lay the pipeline and would deny them access to the American market and banking system. Mrs Merkel and the European Union have until now objected to the sanctions, saying they are illegitimate and should be used against adversaries, not allies.

Besides, as Claudia Kamfert of the German Institute for Economic Research has previously pointed out in an opinion piece for Emerging Europe, US opposition to Nord Stream 2 is only about one thing: it wants to sell its own gas in Germany and the rest of Europe, produced in the US through fracking, at the highest possible prices. This would of course be much more difficult with competition from Nord Stream 2.

Nevertheless, the sanctions appear to be working. The German utility firm Uniper, one of the project owner Gazprom’s five financial partners, last month conceded that there was an increasing possibility the pipeline would never be completed.

Dmitry Peskov, Mr Putin’s press spokesman, has described the calls for a formal halt to Nord Stream 2 as “emotional statements not based on concrete facts”. The pipeline, he said, is a “commercial project that is in the interests of both Russia and Germany and the energy security of the entire European continent”.

Germany has long insisted that increased imports of gas are the only way to meet its climate targets. The country has also committed to decommissioning its nuclear power stations by 2022.

And yet while several countries in Europe, including neighbouring Poland, are diversifying their gas imports by means of liquefied gas (LNG), which can be transported flexibly by ship, only Germany has so far refrained from building an LNG terminal and has instead decided to push ahead with the Nord Stream 2 project.

Mrs Merkel’s most likely course of action in the immediate future is to ask the Organisation for the Prohibition of Chemical Weapons to investigate the poisoning of Mr Navalny, as the UK did after the Salisbury Novichok attack on Sergei Skripal. It will buy her time. After that, she could raise the issue in the UN Security Council, the European Council and with NATO.

Nord Stream 2 is already on hold and no firm date can be given for its completion. Kirsten Westphal, an energy analyst at the SWP German Institute for International and Security Affairs, yesterday told the Financial Times that she was beginning to have big doubts that the pipeline would be completed even before the poisoning of Mr Navalny and that now, the pressure for Berlin to pull out of Nord Stream 2 could prove irresistible.

“For the German government it’s always been this trade-off between energy policy, foreign policy and geopolitics. And now it’s looking like the geopolitical implications of Nord Stream 2 are beginning to outweigh the project’s energy benefits.”

German failure to halt Nord Stream 2 permanently could also further damage already strained relations with Poland, which has long been opposed to the project.

Mateusz Morawiecki, the country’s prime minister, on Thursday said that the poisoning was proof that “we are dealing with a hostile regime.”

“Georgia 2008. Crimea & Donbas since 2014. MH17. Salisbury 2018. Berlin 2019. Navalny 2020. How many wake-up calls do we need to finally realize that we are dealing with a hostile regime? Dialogue, partnership, compromise – these are alien words to them. Time to draw conclusions,” Mr Morawiecki tweeted.

For villagers in Azerbaijan’s Kura Delta, fresh water is in short supply
Emerging Europe must upskill to bridge its digital divide
Comment