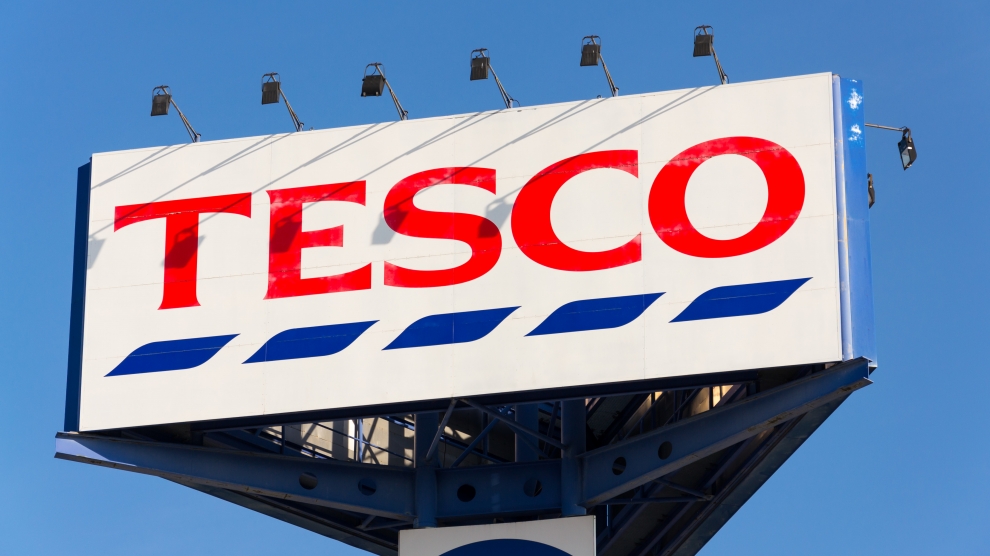 Tesco is selling its Polish business to a Danish group in its latest retreat from international markets as it focuses on the UK. Britain’s biggest supermarket chain said it would receive a net total of 165 million UK pounds for the sale of its 301 stores, distribution centres, and head office in Poland, to Salling Group, which also owns the Netto Group. Tesco said the proceeds would be used for “general corporate purposes”.

Hungary plans to decide “very quickly” on a proposed three-bank merger to create the country’s second biggest lender, a government minister said this week, signalling strong political will to push ahead with the project before elections in spring 2022. State-owned Budapest Bank said last month it would join in merger plans of MKB Bank and savings and loans group Takarek (MTB), creating a bank with assets worth 5.8 trillion forints (16.8 billion euros) and offering scope for potential cost savings.

Meanwhile, restrictions imposed by Hungary on the foreign funding of non-governmental organisations do not comply with EU law, the Court of Justice of the European Union said on Thursday. The Luxembourg-based court said that Hungarian regulations — in effect since 2017 and nominally meant to increase transparency of NGO finances and combat money laundering, “introduced discriminatory and unjustified restrictions” on both the civic groups and their backers.

Romania’s road infrastructure company CNAIR announced this week that Turkey’s Nurol had won a 746.7 million lei (154 million euros) contract for the construction of a 17.5 kilometre section of the Bucharest ring motorway. Works should be completed in under three years, CNAIR said in a statement. The section is part of the A0 project for a 100.8 kilometre motorway which will surround the Romanian capital.

A new rail service connecting Berlin, Prague, Vienna and Graz was launched this week, restoring the historic Vindobona express service along the same line, which operated from 1957 to 2014. The new service is jointly run by Deutsche Bahn, Austrian Federal Railways and Czech Railways. Trains will travel from Berlin to Vienna in less than eight hours.

Bulgarian Prime Minister Boyko Borissov this week accused his political opponents of trying to undermine his government with the aim of blocking Bulgaria’s deeper integration into the European Union. Mr Borissov has come under pressure due to an audio file published by local media in which a voice similar to his is heard making offensive remarks about the head of parliament and a deputy minister. Mr Borissov claims that his opponents, including the country’s president, Rumen Radev, were trying to rattle him and trigger early elections

Hundreds of trucks and cars from Bulgaria, Romania and Serbia waited in long queues at the border with Greece this week after Athens eased coronavirus restrictions to try to salvage the summer tourism season. A line of cars stretched back more than 10 kilometres at the Kulata-Promachonas border crossing between Bulgaria and Greece, and the queue for trucks was over 15 kilometres long, witnesses said.

Iran will send the black boxes from a downed Ukrainian airliner to Ukraine, Iran’s minister of Roads and Urban Development, Mohammad Eslami, said on Wednesday, according to the Tasnim news agency. The Ukraine International Airlines flight was shot down on January 8 by an Iranian ground-to-air missile, killing 176 people in what Teheran termed a “disastrous mistake” at a time of heightened tensions with the United States.

Ex-President of the European Council and leader of the European People’s Party Donald Tusk this week called on Moldovan politicians to dissolve parliament and hold early elections. Mr Tusk’s comments came after the ruling coalition of socialists and democrats lost its parliamentary majority. Mr Tusk said that the current parliament of Moldova “non-functional” and called the country’s people to be given the opportunity to elect a new legislature.

Georgia has thwarted a plot to assassinate a journalist who made an expletive-laden attack on Vladimir Putin on live television last year, the Georgian prime minister said. “Georgian secret services have foiled a very serious crime,” Giorgi Gakharia told journalists on Tuesday. He was responding to allegations by the director of a pro-opposition TV station that a Russian hitman had been sent to Georgia to assassinate Giorgi Gabunia after the TV host’s attack on the Russian president.

Viktor Babaryka, a would-be candidate in an upcoming presidential election in Belarus was arrested on Thursday along with his son. The pair were questioned as part of a probe into tax evasion and money laundering at Belgazprombank, run until recently by Mr Babaryka. Earlier in the week the Belarusian central bank appointed an interim administration team to take over the Russian-owned bank.

Plans to construct a 100-kilometre privately-funded high-speed tunnel between Finland and Estonia have been delayed by up to six years after the Helsinki-Uusimaa regional council’s assembly voted to route the project under the capital. The tunnel’s developer, Finest Bay Area Development, nevertheless said that work could still begin on some sections of the project as early as next year. This includes the Finnish terminus at Helsinki airport.

Lithuania began minting a collector’s coin, dubbed a “coin of hope”, on Wednesday to mark the year of the new coronavirus and pay tribute to doctors, nurses and others who helped the country weather the pandemic. “We wanted to say ‘thank you’ to the medics, the medical workers, public transport drivers, to thank teachers who worked at a distance, the shop workers and those who stayed in self- isolation and kept the virus from spreading,” said Asta Kuniyoshi, deputy governor of Lithuania’s central bank.

Latvia spends more of its budget on culture than any other European Union nation, according to figures released by Eurostat this week. The figures relate to the year 2018, when Latvia’s government spent 2.8 per cent on culture, well above the European Union average of just one per cent.

Croatia’s floating liquefied natural gas (LNG) terminal on the northern Adriatic island of Krk will start operating on January 1, 2021, having its full capacity booked for the next few years, Energy and Environment Minister Tomislav Ćorić said this week. “By this project we achieve security of gas supply for Croatia and we contribute to the security of gas supply for the European Union. Due to the higher competition on the gas market we expect that the gas prices in Croatia may fall,” said Mr Ćorić.

While lockdown measures have eased in Serbia, allowing indoor gatherings of up to 500 people and a soccer match attended by around 20,000, the country’s theatres remain closed and some performers complain that culture is being demoted. They say that at a time of crisis, the government has failed to back the country’s arts. “Theatres never closed … not even during the Spanish flu (pandemic) or plague or cholera,” said Dusanka Glid, a lead actress at the National Theatre, which is based in the capital Belgrade.

Three weeks after declaring it was free of the coronavirus, Montenegro has reported a new Covid-19 case — a person who arrived from neighbouring Bosnia and Herzegovina. It was the first new infection reported in the tiny Balkan country since May 5. Montenegro’s Institute for Public Health said the infected patient was in self-isolation in the Balkan country’s capital, Podgorica.

The White House this week invited the leaders of both Serbia and Kosovo to go Washington in the hope of advancing negotiations toward normalisation of still-bitter relations following Kosovo’s declaration of independence in 2008. Richard Grenell, US President Donald Trump’s special envoy, extended the invitation after getting assurances from Serbia that it would temporarily pause its campaign for countries to withdraw recognition of Kosovo, which itself agreed to pause efforts to win more memberships of international bodies.

Slovenia has approved a move by state-backed fixed and mobile operator Telekom Slovenije to borrow up to 100 million euros from the European Investment Bank (EIB). The company first requested the loan in February and is planning to use the funds to upgrade its optical network throughout the country. The Slovenian government owns a 62.5 per cent stake in Telekom Slovenije,