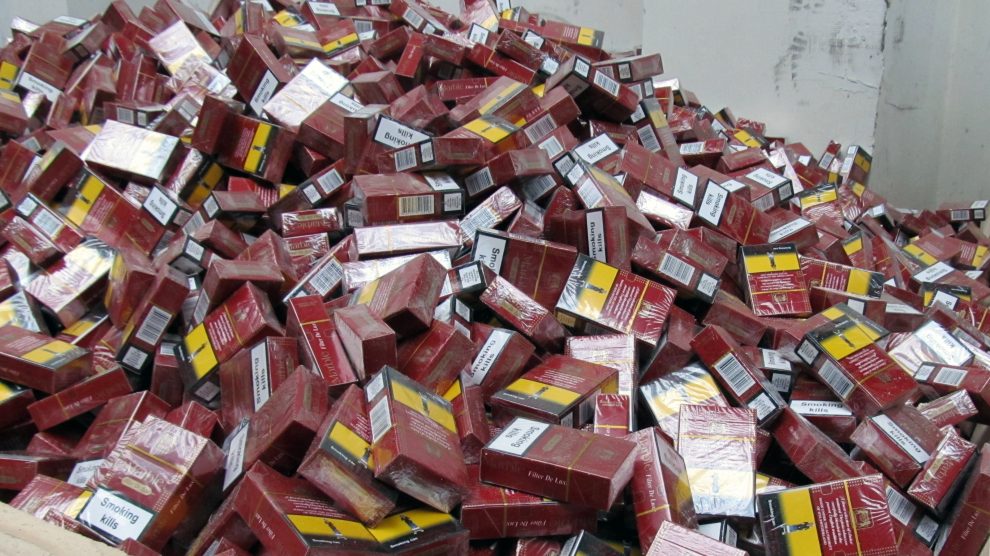 Law enforcement authorities seized 37 million illegal cigarettes and more than 3,500 litres of illegal fuel last month in a ten-day operation led by Frontex, the European Border and Coast Guard Agency, with the support of Europol.

The total value of the seized cigarettes was almost 13 million euros, said Frontex in a statement.

The operation, known as JAD Arktos 2 and coordinated from Frontex’s headquarters in Warsaw, Poland, was co-led by Latvia and Finland and saw the involvement of border guards, police and customs officers from Poland, Estonia, Finland, Latvia, Lithuania, Slovakia.

Tobacco smuggling causes heavy yearly losses to the budgets of EU countries and the EU institutions in lost customs duties and taxes, and the latest seizures appear to be a drop in the ocean compared with the scale of the illegal tobacco trade.

According to OLAF, the European Anti-Fraud Office, it is difficult to estimate the size of the illegal tobacco market accurately, although some estimates place the total loss at over 10 billion euros per year.

This is because – as with other illicit practices – tobacco contraband and counterfeiting are clandestine activities in constant fluctuation and change. Fraudsters go to great lengths to conceal and change their patterns to escape the law.

Illegal tobacco also poses great risks to consumers and businesses, undermines anti-smoking and public health campaigns and is a significant source of organised crime. It also violates the strict rules that the EU and its member countries have on manufacturing, distribution and sale.

The consumption of illegal tobacco is particularly prevalent in the EU’s eastern states, where consumers are attracted to the lower prices offered by cigarette smugglers.

According to a survey carried out in 2016 by Eurobarometer, which gauges public opinion in the EU on behalf of the European Commission, nearly six in 10 people in Latvia (56 per cent) say that they have been offered black market cigarettes, as have at least a third of respondents in Lithuania (35 per cent) and Bulgaria and Croatia (both 33 per cent).

According to the Tobacco Control Research Group in the Department for Health at the University of Bath in the United Kingdom, tobacco companies have facilitated the smuggling of their own cigarettes and roll your own tobacco for decades.

In a report published in October, the research group claimed that internal company documents reveal that in the 1990s smuggling was an integral part of tobacco companies’ business strategies. By the late 1990s and early 2000s, the tobacco industry’s involvement in smuggling had been exposed leading to public investigations, court cases and extremely negative publicity for the tobacco companies.

Since then, using a massive public relations drive, the tobacco companies have claimed they have changed and are now the victims, not the perpetrators of tobacco smuggling.

However, in a report published in July, KPMG claims that the consumption of illicit cigarettes is falling across Europe.

Much of the decline was driven by a steady decrease of illicit cigarettes coming into the EU from traditional source countries like Ukraine and Belarus. This fall highlights the significant progress made by law enforcement and customs agencies collaborating across the public and private sector to stamp out the issue.

However, the report also notes that the number of illicit cigarettes originating from within EU borders and moving between European countries has increased in recent years.

From Czechia: Bespoke wheelchairs for dogs
Hungary and Poland are bluffing
Comment