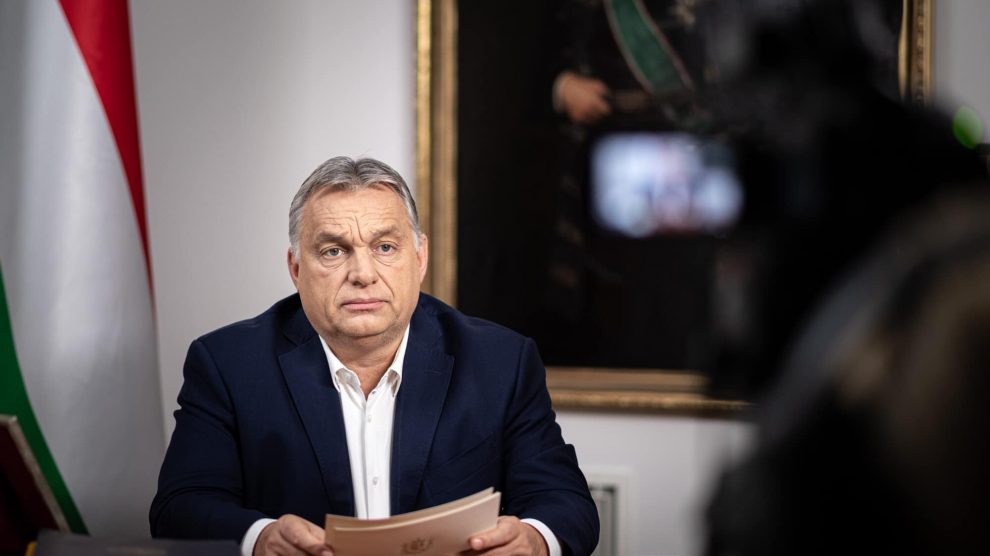 Markets are increasingly uneasy at Polish and Hungarian intransigence over a mechanism that will tie EU funding to respect for the rule of law, a row that threatens to delay the EU’s next budget. However, both Poland and Hungary are playing hardball to extract a concession, not to commit collective self-harm.

The story begins in July, when the European Commission presented a proposal for a recovery plan to help the EU emerge stronger from the Covid-19 crisis. A total of 1.82 trillion euros is at stake, an amount which consists primarily of the bloc’s next seven-year budget, along with a Covid-19 recovery fund made up roughly 50-50 of grants and loans.

The package was agreed first among member states and then with the European Parliament (EP), which has a veto.

A key element to securing the consent of the EP and a number of western member states – without changing the principal budgetary ceilings of any main items – was the inclusion of a rule of law mechanism that would enable the European Council to freeze or withdraw funds from member states if concerns around their application of the rule of law jeopardised the Union’s financial interests.

Hungary and Poland, both of whose rule of law records have been heavily criticised by EU institutions in recent years, were the mechanism’s clear targets. The mechanism – announced at the end of September – would enable the Council to suspend wayward member states’ funds with a qualified two-thirds majority, preventing affected member states from vetoing each other’s penalties.

Meanwhile, with mismanagement of EU funds in Eastern member states continually grabbing headlines, the EP and 25 the other member states are wedded to the idea. A further hope – chiefly for western member states – is that the rule of law mechanism will help governments justify a historic lack of supervision over the flow of EU money to Poland and Hungary, both to national parliaments and electorates. There is a real chance that both camps’ commitment to their side will delay the sign-off of the budget and the euros will not start flowing on January 1. No wonder markets are jittery.

But the worries are overblown; Hungary and Poland’s veto is in essence a bluff. The EU budget package remains likely to be adopted before the end of the year.

Pressure is mounting on Hungary and Poland from Germany – and, in Poland’s case, from the country’s governing coalition itself.

A delay to the budget in the final month of Germany’s EU presidency would be a serious loss of face – and would likely taint the legacy of Angela Merkel’s chancellorship. There are well-founded fears that a cash-strapped Portugal, which assumes the EU presidency in January, will be more likely to allow a significant compromise – something Berlin is determined to avoid.

Poland’s government, for its part, is split on the issue, with Prime Minister Mateusz Morawiecki and Deputy Prime Minister Jarosław Gowin keen to strike a deal, but faced down by hardline Justice Minister Zbigniew Ziobro; a spat that will not bring down the coalition, but may help erode Morawiecki’s position.

In EU compromises, no-one ever loses face. Poland and Hungary are likely to be saved from this by a minor concession on the rule of law mechanism. This could be an annex to the original agreement detailing the exact scenarios in which EU funding may be withdrawn, assuring Poland and Hungary that, on the one hand, the mechanism is in line with the treaties and, on the other, that it is sufficiently difficult to set in motion.

It would need to be carefully crafted to assure the European Parliament of the opposite: that the mechanism has real teeth and will keep renegade member states from violating rule of law commitments – the amended agreement would still need to be approved by the EP before returning to the Council for adoption.

Both Poland and Hungary have many reasons to agree to such a compromise.

First, there is the issue of alliances. Forcing a delay to the budget will not help tilt the balance of opinion away from the rule of law – quite the opposite. Hungary’s Machiavellian prime minister, Viktor Orbán, cannot risk complete alienation of his few remaining allies, most notably the centre-right German parties that are pushing hard to strike a deal.

Poland, looking for greater EU support for its coal transition among other things, and seeking Germany’s friendship to amplify its voice in a post-Brexit EU, also has much to gain from a compromise.

Both countries’ economic performance relies heavily on EU funding, and a delayed, reduced budget would lack the steam necessary for the recovery. Both governments know their populations are aware of the extent to which economic development depends on the EU – hence the high levels of support for membership. That bites especially acutely in Hungary, where an election – which takes place in just over a year – is already expected to be a close call.

Third, internal divisions. While the Hungarian and Polish governments appear completely unified, Poland is markedly more willing to compromise. Polish deputy PM Gowin’s declaration of readiness to agree to a deal last week has already put Hungary in a difficult position. Upholding the veto alone would simply be too costly politically, both at home and at the EU level.

No cards left to play

In short: as key beneficiaries of the budget, Warsaw and Budapest are simply out of trump cards. In the likeliest scenario, the budget will be adopted by the end of the month, with some minor tweaks to the rule of law mechanism to ensure it remains acceptable for both the European Parliament and western member states.

Another plausible, but exceedingly unlikely, way out is exclusion of Hungary and Poland from the recovery fund.

This scenario – reportedly favoured by some within Hungary’s ruling Fidesz party – would see the remaining 25 member states strike intergovernmental deals concerning the recovery fund, with the seven-year budget going ahead as planned.

But it is a self-harming solution: both Hungary and Poland need significant EU financing to deal with the economic downturn, and both governments remain committed in principle to pushing down foreign currency-denominated debt.

It is also pointless: the rule of law mechanism would still apply to financial support from the budget proper, so Hungary and Poland would only give up money from the recovery fund, while still being scrutinised for their rule of law record.

Bluffs, blackmail, and sabre-rattling should not be mistaken for harakiri.

While recent market turmoil is justified by the serious economic and political risks presented by the veto, the risks themselves are the main reason to expect the most likely outcome: a good old EU face-saving compromise.