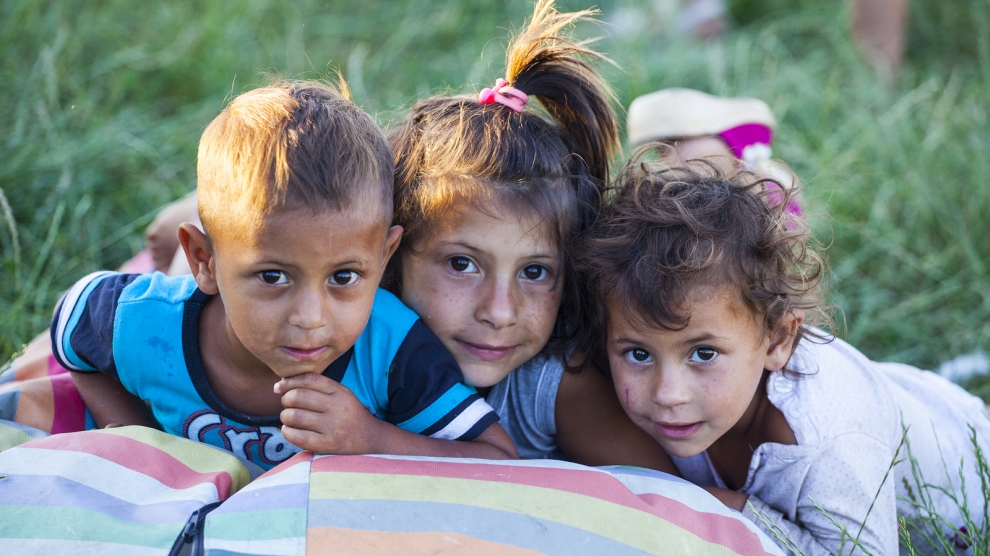 Ahead of International Roma Day on April 8, five senior European Commission figures have issued a joint statement saying that continued failures to integrate large sections of the Roma population is a “stain on our democratic communities.”

“Respect for fundamental rights, including equal treatment, is one of the cornerstones of the European Union. Yet, one of the largest minorities in the EU and in its neighbourhood – the Roma community – still does not fully benefit from these rights. Not only do Roma communities suffer prejudice, discrimination and marginalisation, very often they do not even have access to basic provisions such as clean water, sanitation and food. 80% of Roma are at risk of poverty. Such a situation hits Roma first, but it is also a stain on our democratic communities.

International Roma Day is therefore an opportunity to build on the positive work done so far to fight discrimination of Roma and to enforce their integration in all European societies and countries. Lately there have been some positive results, in particular in the field of education, but more needs to be done.

This quest can only be successful if we all pull together, on all levels. We therefore call upon Member States and our enlargement partners to pursue this quest and take real action on anti-Roma discrimination and marginalisation, including by supporting Roma participation and representation in the public sphere.

Roma have been living in Europe for more than 700 years. Roma history and culture form an indispensable part of our diverse European heritage. Roma communities deserve to be treated equally and to enjoy their full rights as Europeans. At the end of the day, the way we include our most vulnerable minorities is an essential test of our European democracy.”

The Roma are Europe’s largest minority community – with six million Roma living in the EU and four million in the enlargement region (Montenegro, Serbia, Macedonia, Albania, Bosnia, Kosovo and Turkey).

This community has long faced inequalities, social exclusion, discrimination and marginalisation. According to Eurostat, almost 80 per cent of Roma are at risk of poverty, compared to the overall average risk level of 17 per cent in the EU.

The European Commission has long stressed the need for action, and called on member states in 2011 to adopt national strategies for Roma integration. The commission reports annually on implementation of these strategies.

In 2017 the Commission launched a comprehensive evaluation of the EU Framework for National Roma Integration Strategies up to 2020 to assess the impact of measures put in place since 2011. Preliminary findings showed that while there had been positive improvements, in particular in the field of education, more needs to be done to advance future efforts in social and economic inclusion of the Roma.