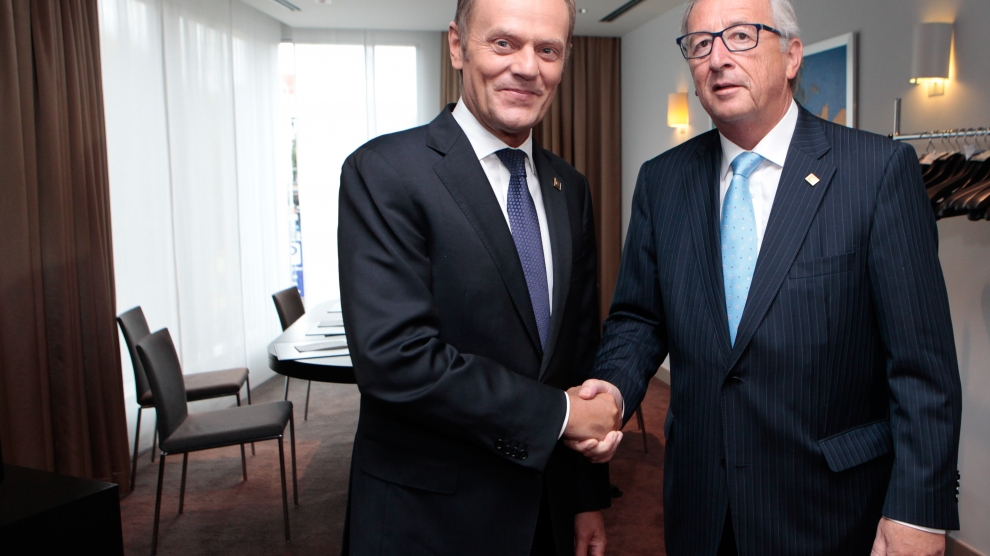 The presidents of the European Commission, European Council and European Parliament have published an open letter reiterating their support for North Macedonia and Albania to begin EU accession talks.

“Whether the EU decides now to open accession talks with North Macedonia and Albania is a test of the Union’s ability to deliver on its promises and look to the future,” the letter states.

“North Macedonia and Albania did what we asked them to do. Achieving that required a significant effort from their citizens, for whom the European perspective has been a great source of motivation and determination.

“There is no guarantee of success. There will be a lot of hard work on reforms along the way. Membership will not happen overnight. And both countries are aware of this. In parallel, EU cooperation will have to deepen to go along with the widening, in the mutual interest of European and candidate countries’ citizens.

“We believe that now is the time to open accession talks with both countries.”

The question of whether to open talks with the two countries is expected to be on the agenda on the EU’s General Affairs Council on October 15. Earlier this year, in June, the Council delayed its decision, with France and the Netherlands both opposing the opening of accession talks.