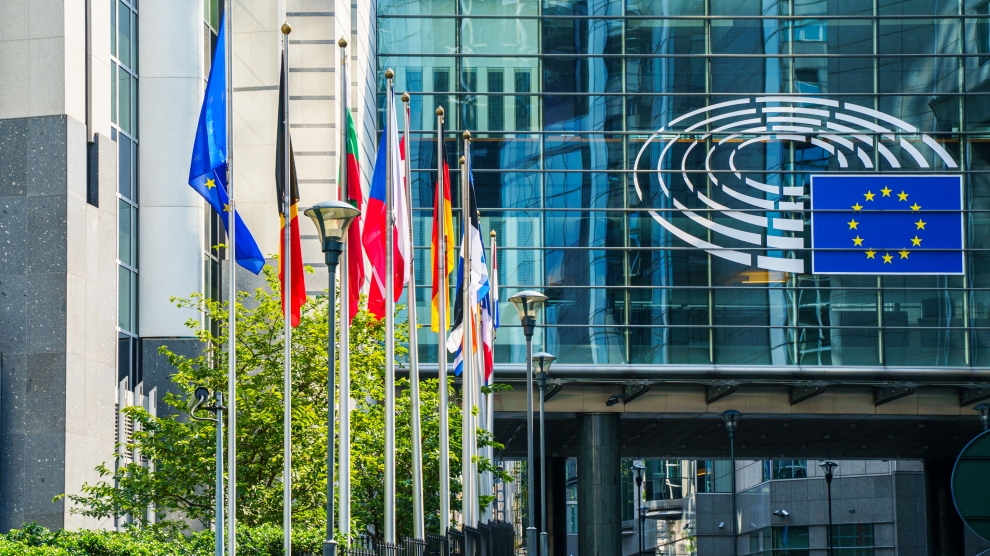 A landmark agreement will for the first time link EU funds to respect for the rule of law. Hungary has already signalled its displeasure at the deal.

European Union countries that disrespect the rule of law will risk losing access to EU funds, under a provisional deal struck by European Parliament and European Council negotiators on November 5.

The compromise now needs to be adopted formally by the Parliament and EU ministers, which may not be easy given that both Poland and Hungary have indicated that they could block the ratification of the EU’s new recovery fund if the rule of law mechanism is not to their liking.

Hungary’s justice minister, Judit Varga, has already given the agreement a lukewarm – at best – welcome, saying: “Hungary respects EU treaties. We expect EU institutions to do the same. Nothing is agreed until everything is agreed.”

She added that “the European Parliament is again part of the problem and not the solution. If it cannot help in the fight against Covid and restarting EU’s economy, at least it should stop the political and ideological blackmail of member states.”

The deal allows for any EU country to be penalised if a majority of other member states agree.

It means that Hungary, Poland or any other country could have its funding cut without an ally being able to use a veto.

The agreement forms part of the package of measures linked to the EU’s next multiannual financial framework and its Covid-19 recovery plan, Next Generation EU. It allows for the protection of the EU budget where it is established that breaches of the principles of the rule of law in a member state affect or seriously risk affecting the sound financial management of the EU budget or the protection of the financial interests of the EU in a sufficiently direct way. All EU funds, including resources allocated through the Next Generation EU recovery instrument, are covered.

“This is an important milestone in our efforts to finalise the next long-term EU budget and the recovery package,” said Michael Clauss, permanent representative of Germany to the EU. Germany currently holds the EU’s rotating presidency. “The new conditionality mechanism will strengthen the protection of the EU budget when breaches of the rule of law principles lead to a misuse of EU funds. I am very pleased that the good cooperation with the Parliament’s negotiating team allowed us to achieve a rapid agreement. It is time now to find agreement on the rest of the package as well. We have a historic 1.8 trillion euros financial package on the table. With the second wave of the pandemic hitting member states hard, there is no time to lose.”

Parliament’s negotiators were equally pleased with the outcome, although the final agreement does fall short of its aims in terms of the breaches addressed and necessary links with EU budget.

“Today’s agreement is a milestone for protecting EU values. For the first time, we have established a mechanism that enables the EU to stop funding governments that disrespect our values such as the rule of law,” said Finnish MEP Petri Sarvamaa.

MEPs succeeded in ensuring that the new law does not only apply when EU funds are misused directly, such as cases of corruption or fraud. It will also apply to systemic aspects linked to EU fundamental values that all member states must respect, such as freedom, democracy, equality, and respect for human rights including the rights of minorities.

Parliament’s negotiators also insisted that tax fraud and tax evasion are considered possible breaches, by including both individual cases and widespread and recurrent issues. .

Moreover, they succeeded in securing a specific article that clarifies the possible scope of the breaches by listing examples of cases, such as threatening the independence of the judiciary, failing to correct arbitrary/unlawful decisions, and limiting legal remedies.

Crucially, MEPs succeeded in keeping a strong preventive aspect for the mechanism: not only can it be triggered when a breach is shown to directly affect the budget, but also when there is a serious risk that it may do so, thus ensuring that the mechanism prevents possible situations where EU funds could finance actions that are in conflict with EU values.

“For us it was crucial that final beneficiaries won’t be punished for wrongdoings of their governments and that they continue receiving funds that have been promised to them and that they rely on, even after the conditionality mechanism has been triggered. We can proudly say that we achieved a strong system that will guarantee their protection,” said Spanish MEP Eider Gardiazabal Rubial.

“European citizens expect us to condition the disbursement of EU funds to the respect of rule of law. The mechanism agreed today does exactly that,” she added.