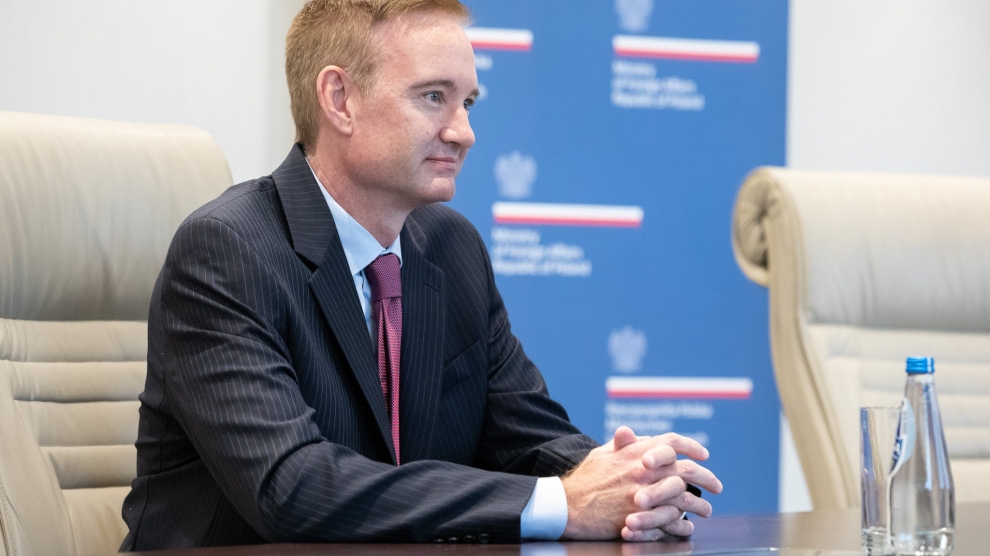 Michael Carpenter, former US deputy assistant secretary of defence for Eurasia, has said that Russia’s involvement in the Donbas war in eastern Ukraine and its annexation of Crimea was the “number one thing” that made the US government decide to reinstate diplomatic relations with Belarus.

Speaking in an interview with Belsat TV, Mr Carpenter – who currently serves as the senior director of the Penn Biden Center, a US-based think tank specialising in the region – said: “Belarus had almost been completely forgotten by the US foreign policy establishment in the past. Now Belarus is receiving a lot more attention, because it is seen as a vital region within the heart of Europe between Russia and NATO space.”

He added that “having democracy and human rights as part of the dialogue is absolutely crucial for Washington.”

The former deputy assistant secretary emphasised that there was a possibility for greater US investment in the country “if Belarus is able to guarantee that investments will have actual property rights protected [and] that the business climate appropriate for foreign investment is secured.”

Mr Carpenter noted that he was “amazed” by the large scale of Belarusian civil society, however, he added that many of these organisations had stayed out of politics since it could be “dangerous” for them. According to him, “opening space for civil society” is the main area to demonstrate that Belarus indeed wants to take a step towards Washington.

Discussing potential areas of defence cooperation, he stressed that the production of military medicine, managing cybersecurity and border security would be relatively noncontroversial for Russia, Belarus’ main ally.

Mr Carpenter’s statement comes after the Belarusian and US governments decided to fully restore diplomatic relations after a 10-year break at ambassador level. In late August and mid-September, former White House national security advisor John Bolton and US Undersecretary of State David Hale both met with the Belarusian president, Aleksander Lukashenko, indicating a turn in US foreign policy towards the country.