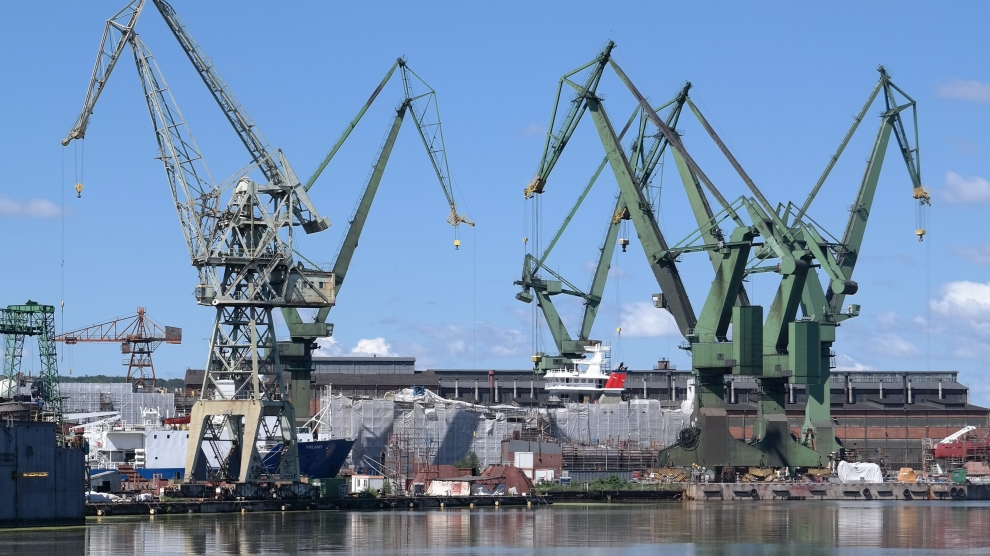 A new report by the Open Data Institute (ODI) has outlined key findings into the language of European ‘smart cities’, concluding that there needs to be a shift towards ‘open cities’ as a refocus onto transparent, digitised and citizen-centric data needs to take hold.

The report focused on Gdańsk, in Poland as a model city that is taking unprecedented steps in realising these goals, along with Amsterdam, Hamburg, and Helsinki.

The need for change away from ‘smart city’ terminology is ever-present. The notion of ‘smart city’, initially driven by technology companies, became a major topic in the strategies, reports, and commissions of political organisations, including the European Commission, the World Economic Forum and the Association of South East Asian Nations (ASEAN).

However, as time wore on, the term became reduced to a buzzword marketing strategy. As governments expand the use of data technology to include spheres as broad as the movement of people, energy usage, crime statistics, infrastructure monitoring, and weather conditions, trustworthiness needs to increase in tandem.

A drive towards ‘open cities’ aims to overcome this and is a goal to which Gdańsk is moving towards; measured with a prime focus on embracing openness, developing data infrastructure, fostering innovation, encouraging the use of data within departments, accessing data held by the private sector and considering the ethical implications of their use of data and technology according to the report.

The ODI aimed at providing insights on these cities to be used as a guide for a better and fairer future, leading to a more open culture of data usage and an ethical efficiency to technological development. This comes at a poignant time where technology is progressing past the point where laws can keep up, and data is frequently being used in unethically realms, such as in the Cambridge Analytica scandal. Hence, the move towards an open culture surrounding data is key to making sure cities’ technological futures remain ethical, making the report’s findings particularly relevant.

The correct model of openness can not only ensure a more ethical future but can overcome huge arrays of problems when harvested, stored and used and within the right infrastructure. The ODI outlined that an open culture can be the solution to many hurdles European cities face via increasing jobs, keeping streets clean, managing transport systems, stimulating business, reducing crime levels, mitigating climate change impacts and providing affordable housing.

The Polish city is currently making headway in achieving this. Back in 2015, the city launched the Gdańsk 2030 Plus Development Strategy, one of the top priorities of which was openness. The city also participated in the EU RUGGEDISED Project and is a member of the Open and Agile Smart Cities network.

By 2014, transparency had become a mainstream political issue in Gdańsk that voters cared about. Krzysztof Garski, IT project manager at City Hall Gdańsk notes that during that year’s elections, “one of the hot topics was openness of the City Hall. Is the City Hall open towards citizens? Is it accessible? Can citizens trust the City Hall?”

As such, the push for openness was not only top-down, but bottom-up. This resulted in the initiation of an open data programme by the then-mayor Paweł Adamowicz, which included a register of expenses and the decision to “publish the expenditure of City Hall daily on the internet… so everybody can check what we are spending money on.” This success led to the city furthering its openness strategy with a multi-pronged approach under current mayor Aleksandra Dulkiewicz.

First and foremost, openness is being embraced through engagement with citizens, an aim that many cities are struggling to put into practice. Yet in Gdańsk, involving people in the decision-making process – through civic panels and participatory budgeting – “makes people feel very responsible for every project in the streets”, says Mr Garski.

Civic participatory budgeting has been used for the last five years or so, with around 15 per cent of citizens (more than 50,000 people) taking part. The City Hall has gradually increased the budget over the years for the programme, from less than one million euros to 4.2 million euros.

The civic panels are shaped in close cooperation with local activists, and have discussed issues as diverse as flood preparedness, air pollution, civic engagement and LGBTQ+ rights. Before the meetings, participants are provided with “all the resources: all the documents, our strategy and other resources we have” to maximise meaningful and informed participation. These panels have, over time, become more inclusive by lowering the participation age to 16 and allowing temporary residents of Gdańsk to participate.

Moreover, Gdańsk is initiating a shift towards transparency in data collection. Despite the common difficulties in not knowing what to publish, its Open Data Charter has detailed methods to open up data that will reap the most benefits. For example, through using application programming interfaces (APIs), real-time interaction and exchange of data can occur. This creates optimal efficiency and can be used for weather apps, paying for products in online stores and integrating maps into websites. This approach has had significant economic and social benefits for the city.

Mr Garski outlines further data linking opportunities for Gdańsk: “If we just connect all of this data… from different sources, like from the public administration and private sector, and data from transportation companies, data from telecommunication companies, we may get a lot of new insight on how the residents of Gdańsk commute.”

While further cooperation between private and public sector organisations would be required, this is expected to happen in the near future.

While all of this ‘openness’ of data can bring about issues of privacy, this is a problem Gdańsk has aimed to counteract. As Mr Garski notes, “it’s rule number one that we only open data which is not protected by law. Privacy is protected here”.

Furthermore, the city has focused on fostering open innovation that can equip citizens and organisations with the skills and resources to be able to solve various large scale problems. Short events where programmers, entrepreneurs and public sector authorities gather to collaborate is a good example of how Gdańsk is aiming to achieve this, as well as accelerator programmes, and funding grants. Students are also being encouraged to ‘play with the data’ in order to build solutions.

However, there have been some setbacks in the city’s progress. Planners encountered a blockage of data that is not being accessed, notably in ‘data silos’ between government departments. Yet Gdańsk has taken steps to ameliorate this, talking to managers and staff, asking questions like “What data do you have? Who is responsible for it? Who is cooperating with the data you have? What could we open?” This aims to provide a solid foundation for which to evaluate the benefits that new technologies or projects could bring – for example if they provide a source of useful data that is not already collected.

Through these efforts, Gdańsk is taking huge steps towards becoming an ‘open city’. As the ODI report states, these findings can provide key examples of how the future can become more trustworthy, through greater collaboration between cities and city departments, less data hoarding from the public and private sector, and greater engagement with people, businesses and communities.

Gdańsk’s unique approach to data can be a positive influence if it is replicated and adjusted to not only other European cities, but to rural areas too.

The Global Hack: Solutions for every corner of the world
Four takeaways from North Macedonia’s NATO membership
Comment