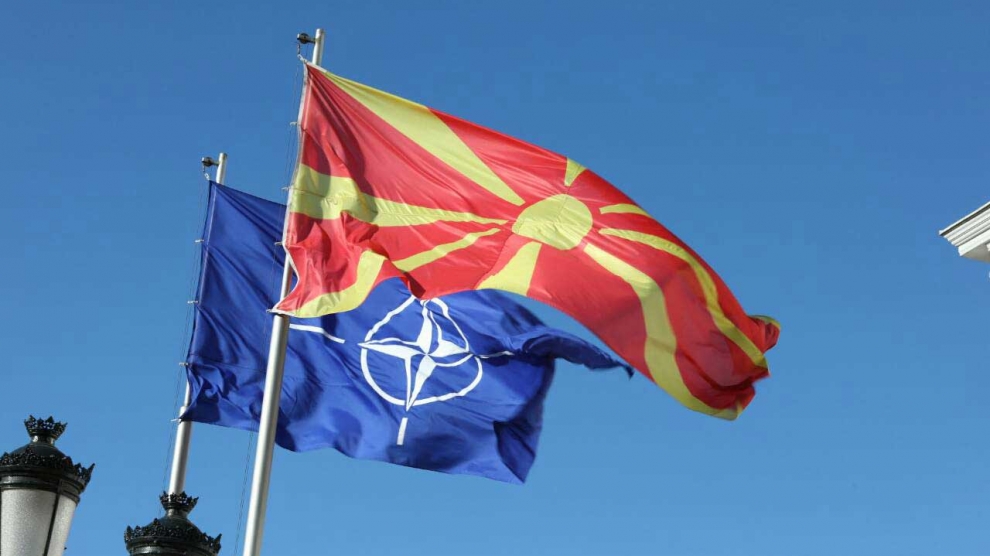 North Macedonia became a full member of NATO on March 27, after presenting its “instrument of accession” and seeing its flag raised at NATO headquarters alongside those of the 29 other members of the alliance.

For this ex-Yugoslavian country, NATO membership represents the culmination of an effort that spans almost three decades, which began when Macedonia joined the Partnership for Peace in 1995.

But what does NATO membership mean for the country’s future? Here are four possible scenarios.

1. Joining NATO could be great for long-term stability and economic growth

“NATO membership means strengthening the geostrategic positions of North Macedonia. As an equal member of NATO, we will be able to decide on important global and geostrategic issues that we otherwise have no opportunity to influence if we are not a member. Also, membership of NATO will increase the country’s security and stability, thus creating a better basis for economic growth and development,” says Fatmir Besimi, who served twice as Macedonia’s minister of economy and as the minister of defence.

“Economic growth depends largely on the country’s ability to secure sustainable peace and stability, such as long-term security and political stability. I do expect that NATO membership, and the opening of negotiations to join the EU, will also strengthen the democratic capacity of the country along with the better economic prospects in the future,” he continues.

But not everyone is convinced NATO will change all that much, especially during the coronavirus outbreak. What’s more, membership doesn’t come for free.

“Let me remind your readers that NATO membership has come at far too high price: first, a small and poor country had to strengthen its military sector, while the socioeconomic aspects of security have been pushed aside to wait for better times,” warns Professor Biljana Vankovska, head of postgraduate studies in peace and development at the Faculty of Philosophy in Skopje.

“Membership has come amidst the biggest health and social crisis the country has ever faced, related to Covid-19. It’s a moment when NATO ‘capitulated’ before a mightier and invisible ‘enemy’, so the greatest maneuver since the end of the Cold war has been cancelled. In other words, the events teach us a lesson that peace researchers have been repeatedly warning about: the non-military aspects of security are of far greater importance than the security that ‘the mightiest military alliance in history’ could provide,” she tells Emerging Europe.

2. Ethnic tensions are still a problem

Ethnic tensions between Macedonians and Albanians have long plagued the country, ever since the Yugoslav Wars reached previously peaceful Macedonia during a 2001 insurgency led by Albanian National Liberation Army.

In 2017, parliament was stormed by about 200 Macedonian nationalists as a reaction to the appointment of an ethnic Albanian, Talat Xhaferi, as speaker of the assembly.

The event, also known as Bloody Thursday, was a violent reminder of the unresolved ethnic issues in the country. Police had to deploy stun grenades to break up the mob.

Mr Besimi believes that NATO membership could finally put all this to rest.

“Based on the values upon which the NATO alliance is founded – individual liberty, democracy, human rights and rule of law – I strongly believe that this will relax inter-ethnic relations and help the further integration of our society,” he says.

Mr Besimi points out that the majority of people in North Macedonia support joining NATO regardless of ethnicity and that NATO membership comes with certain expectations in the fields of human rights, justice, and equality.

However, not everyone shares that view. Professor Vankovska goes so far as to say that the idea NATO can help mend ethnic tension is a blatantly fake proposition.

“One of the false myths about NATO is that it helps resolve internal conflicts and tensions in divided societies. Catalonia or Northern Ireland, to mention just a few examples, show that NATO’s raison d’etre has nothing to do with the internal affairs of its member states. For NATO it was easier to intervene in Macedonia when it wasn’t yet a member-state,” she says.

The largest hurdle to North Macedonia’s NATO accession was the dispute with Greece over the use of the name Macedonia.

Greece had previously vetoed the country’s invitation to join in 2008. It was only when the Prespa Agreement was ratified between the two countries in 2019 that Greece withdrew its opposition to North Macedonia joining NATO (and the European Union).

While the Agreement was hailed as historic by the international community, it was extremely controversial domestically.

In a non-binding referendum in 2018 only 37 per cent of Macedonians cast their vote. Such a low turnout led many to question the support citizens had for the agreement.

The deal was also fiercely opposed by VMRO-DPMNE, the largest opposition party at the time.

“I can tell you that most of the people in my country are pleased that we are already member of the Alliance, but the way it was exercised, in my opinion, will be mentioned in all anthologies of world politics as an example of the brutality of realpolitik, disrespect for international law and the will of the people,” Martin Trenevski, a former Macedonian Ambassador to NATO, tells Emerging Europe.

“Macedonia had to exchange its name and identity for the sake of membership of a military alliance. The collateral damage caused by the so-called Prespa process has been considerable, staring with serious breaches of international law, human rights, rule of law, up to an excruciatingly deep polarisation of the population,” she says.

4. There could be trouble for Zoran Zaev and the Social Democratic Union on the horizon

The Prespa Agreement was a watershed moment for the government of Zoran Zaev.

Mr Zaev and his Social Democratic Union (SDSM) put a lot of effort into ending the naming dispute with Greece and getting the country to finally join NATO.

But will the way the Prespa Agreement was ratified have consequences for the SDSM and its ability to win the next election?

“The benefits [of joining NATO] are expected to be tangible for all citizens in the coming years. Saying this, I am not referring only to the SDSM and the DUI [Democratic Union for Integration], as a government coalition that has a big stake on it, but also to other political parties that supported the process. Although some may not be very happy with the time it takes to feel the benefits, I am optimistic that citizens will know best how to acknowledge it,” he said.

“The vast majority of the people in Macedonia are not happy with that document [Prespa Agreement] because we think it was one-sided; that it was mainly Greek demands which were met, that it was imposed on us. That will be the main reason Zoran Zaev loses the next parliamentary elections,” he explains.

The coronavirus pandemic has added extra uncertainty to the already tumultuous politics of North Macedonia.

“Macedonia’s NATO membership was expected when Mr Zaev called for early elections. But Covid-19 has appeared like a ‘wild card’ in the political game: Macedonia is in a state of emergency, with a very weak health system – which is undergoing a process of privatisation as a part of Mr Zaev’s understanding of social democracy – so his political future, and more importantly – the future of the country – will be determined by the way this health crisis is dealt with and by the after-shocks of this whole situation,” Professor Vankovska concludes.

Gdańsk: Pioneering a model for an ‘open city’
Renewable energy could be the motor to power Europe’s Covid-19 recovery
Comment