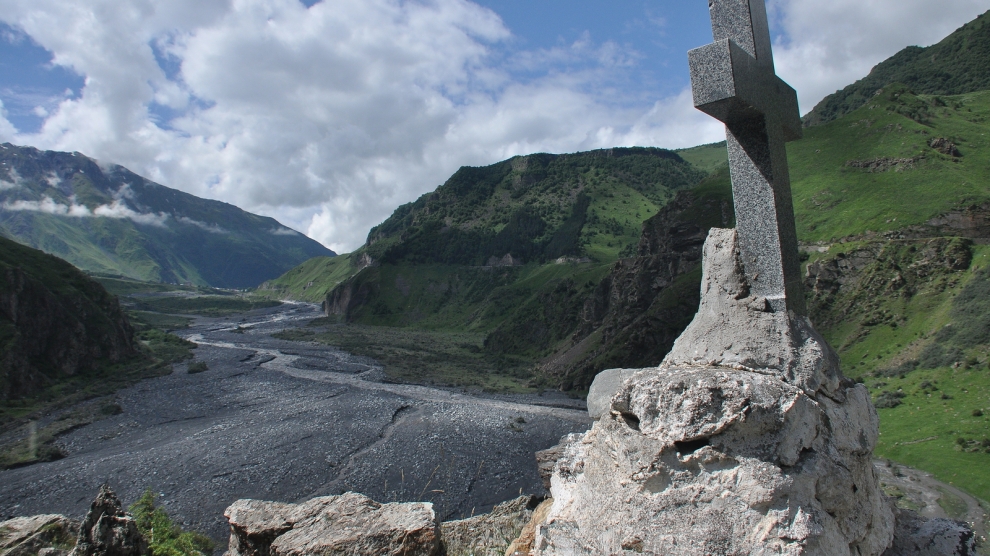 Georgia’s prime minister, Mamuka Bakhtadze, and the country’s president Salome Zurabishvili have paid tribute to the victims of the Russo-Georgian War of 2008, and renewed calls on Russia to ensure the rights of Georgians in the regions of Abkhazia and Tskhinvali (South Ossetia), which remain occupied by Russian forces.

Speaking at a ceremony to mark the anniversary of the beginning of the conflict, Mr Bakhtadze called Russia’s actions “a source of national pain [and] a national challenge,” adding that he is confident “Georgia will overcome the occupation by all means.”

“Our unity is the most powerful instrument in the peaceful resolution of the current conflict. Therefore, I am, and will remain, the main advocate in achieving public reconciliation,” President Zurabishvili added, paying tribute to the victims.

“Showing total disregard of the commitments undertaken by the Ceasefire Agreement on withdrawal of its troops from Georgia’s territory, Moscow is further enhancing its military presence,” the Ministry of Foreign Affairs of Georgia said in a statement, adding that “Georgians in the occupied Abkhazia and Tskhinvali regions are targets of oppression and discrimination on the grounds of ethnicity.”

Russia and Georgia fought a brief war in August 2018, after Russia occupied Georgia’s Abkhazian and Tskinvali regions. The war left more than 400 Georgians dead, close to 2,000 wounded and 130,000 displaced.

Georgia’s western partners have reiterated support for the country, with European diplomats expressing support for Georgia’s territorial integrity and sovereignty, as well as calling on Russia to end the occupation.

“The Russian Federation has not only maintained but increased its military presence in both Abkhazia and South Ossetia, in violation of international law and its commitments under the August 12, 2008 agreement,” the EU delegation to Georgia said in a statement.