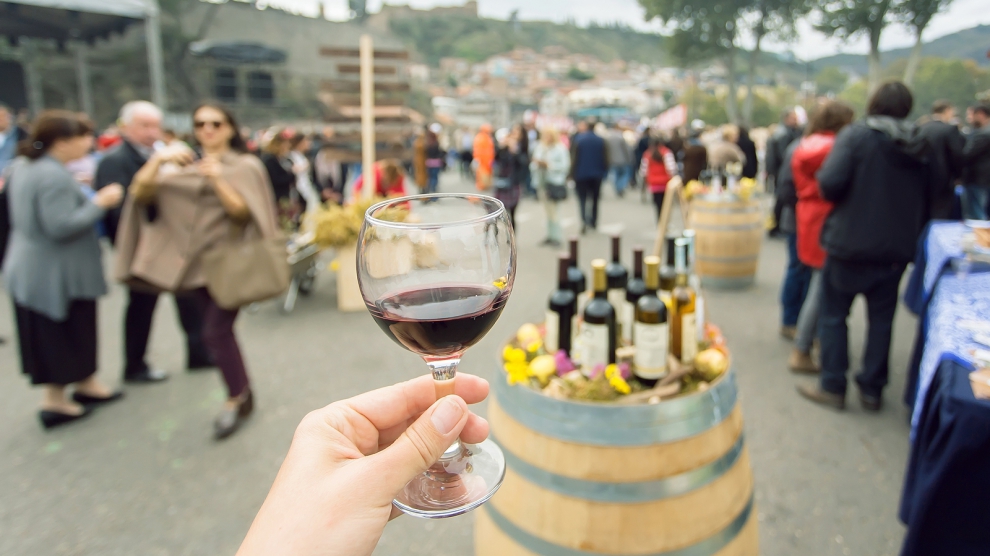 According to the National Wine Agency of Georgia, 2017 was a record year for Georgian wine exports. Data shows that 76.7 million bottles of wine were exported to 53 countries, representing an increase of 54 per cent compared to 2016. The total value of the wine Georgia exported rose to 170 million US dollars, 49 per cent higher than in 2016.

Export significantly increased to China (43 per cent), Russia (76 per cent), Ukraine (46 per cent), Poland (15 per cent) and Latvia (20 per cent). Best sellers were Kindzmarauli, Mukuzani and Khvanchkara red wines, as well as Tsinandali and Tvishi whites.

The head of National Wine Agency of Georgia, Giorgi Samniashvili believes that the main priority for 2018 will be improving the quality of wine and find new markets.

“We have to maintain the Russian market, which is our biggest market, a place where our wine has been well-known for years,” he said. “However, we also aim to reach different countries and markets. But in doing so we want to maintain the amount we export. We prefer not to increase or decrease exports, but control quality and improve it.”

One of the primary targets of the National Wine Agency is to find a place on the US market. To this end, the agency plans to organise marketing events in the US itself, continuing a campaign from 2017, when Georgian wine companies participated at a number of international wine exhibitions in Boston, New York and Los Angeles.

“Georgian wine will appear on the US market in a big way in 2018,” said Mr Samniashvili. “The popularity of our product is increasing, and we think that we will double exports to the US, reaching one million bottles.”

Wine was not the only Georgian tipple which saw export sharply increase in 2017. Exports of Chacha (Georgian vodka) shot up by 180 per cent to a total value of 846,000 US dollars.