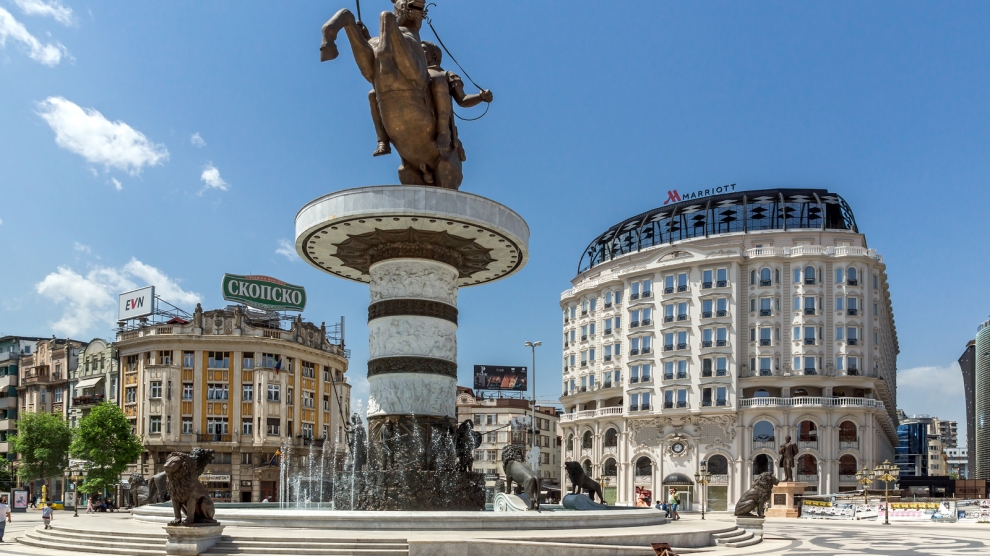 The Greek parliament voted on January 25 to approve a deal between the country and the Former Yugoslav Republic of Macedonia that will see the latter’s name officially become the Republic of North Macedonia.

The vote – narrowly won by 153 votes to 146 – was the last step which needed to be taken by the two countries to formalise the deal, agreed last June. Macedonia’s parliament approved the name change on January 11.

Greece has rejected Macedonia’s name ever since the country declared its independence from Yugoslavia in 1991, as it has a region of the same name. The deal is deeply unpopular in Greece, with as many as 60 per cent of the population said to have been opposed to it. A large number of protesters demonstrated outside the Greek parliament while the name change was being debated.

Members of the far-right Golden Dawn party shouted ‘Traitors!’ at points during the debate, which lasted almost 40 hours.

The Macedonian Prime Minister Zoran Zaev hailed his Greek counterpart after the vote, saying: “Congratulations to my friend Alexis Tsipras. Together with our peoples we have reached a historical victory. Long live the Prespa Agreement! For eternal peace and progress of the Balkans and in Europe!”

The deal is now expected to normalise relations between Macedonia and Greece, paving the way for Macedonia’s entry into NATO, and the possibility of beginning European Union accession talks.