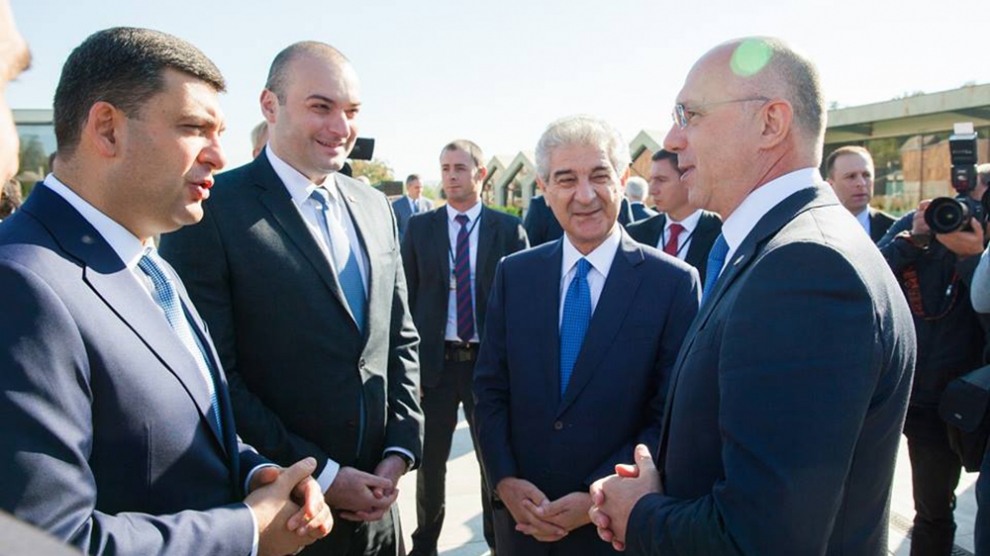 Prime minister from the four GUAM member states – Georgia, Ukraine, Azerbaijan and Moldova – met in the Moldovan capital Chișinău on October 5 to discuss how cooperation between the four countries could be improved. The summit ended with the heads of government of all four states signing a joint statement attaching importance to the unresolved territorial conflicts which affect them all.

The joint statement confirms the commitment of all stakeholders to the norms and principles of international law, as enshrined in the UN Charter and Helsinki Final Act and recognises their concerns over territorial acquisition, military occupation and annexation; common threats for all the GUAM members. It emphasises the crucial importance of implementation of the GUAM Transport Corridor (TC) and the GUAM Free Trade Area (FTA), which are the flagship initiatives of the organisation.

A customs protocol was also signed, designed to combat smuggling between GUAM member states. The feasibility of removing roaming charges between the four states was also discussed.

At the close of the summit Georgian Prime Minister Mamuka Bakhtadze said that while the development of economic cooperation between the four countries was improving, he felt that they were utilising just 50 per cent of their joint economic potential. “There is much room for improvement,” he commented.

Volodymyr Groysman, prime minister of Ukraine, said that the meeting had “reinvigorated” the GUAM alliance and that it was now once again on an upwards trajectory.

“I think that we are now in a position to make the most of the potential offered by greater economic cooperation,” he said. “The customs protocol is an important step.”