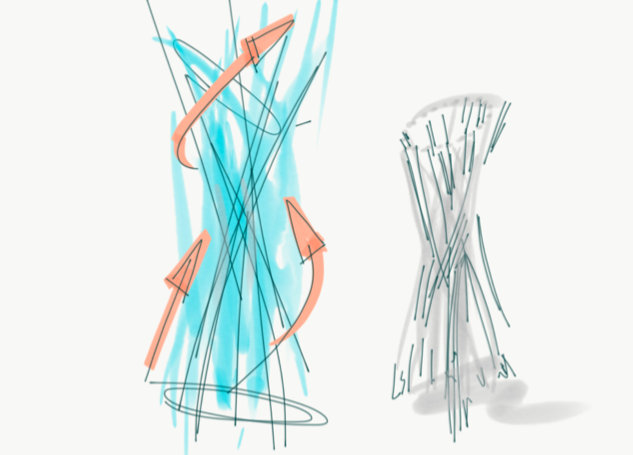 Two Hungarian students from the Moholy-Nagy University of Art and Design in Budapest, Barbara Szőke and Bálint Szalai, have won the Emerging Europe Awards Trophy Contest.

“The idea behind the design is excellent and it reflects everything the awards are about,” says Richard Stephens, director of the Emerging Europe Awards. “And it has a striking simplicity and elegance.” 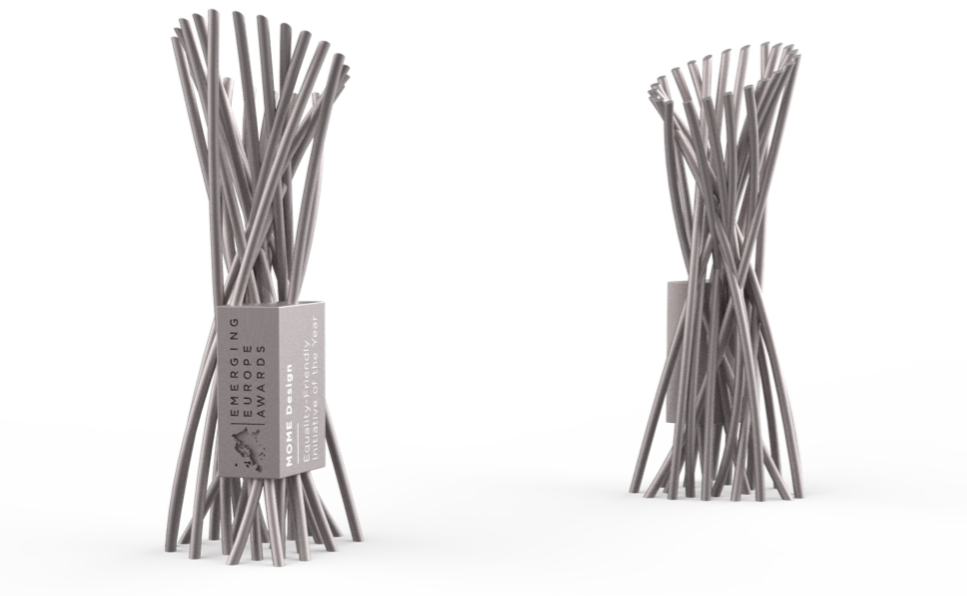 “The 23 lines, not yet perfect, not ideal, but aspiring to be better, represent the 23 countries of Emerging Europe, each with their challenges and obstacles but all quickly pushing on with pride and hope towards the future,” says Andrew Wrobel, head of content strategy and publishing at Emerging Europe.

“At the same time, the lines are interlaced and interweaved, just like the region’s history,” he adds. “Borders have moved north and south, east and west. But most importantly, these countries have drawn together, because they believe that their strength lies in being united and supported by each other. It is the only way for them to be able to prosper.”

Barbara Szőke and Bálint Szalai’s design was chosen out of nine submitted by students from six emerging Europe countries.

The idea behind the Emerging Europe Awards is to recognise excellence and best practices and encourage organisations to reach out for more. The twelve categories have been divided into three groups: image building, social, and economic growth. Alongside the Awards, Emerging Europe will also be announcing a ranking of investment promotion agencies, which takes into account three aspects: communications, enquiry handling and investor feedback.

There are also have two special categories for individuals who have contributed to the region’s growth; one originating from the region and one from outside the region. The ceremony will be held on June 22 at the European Bank of Reconstruction and Development in London.