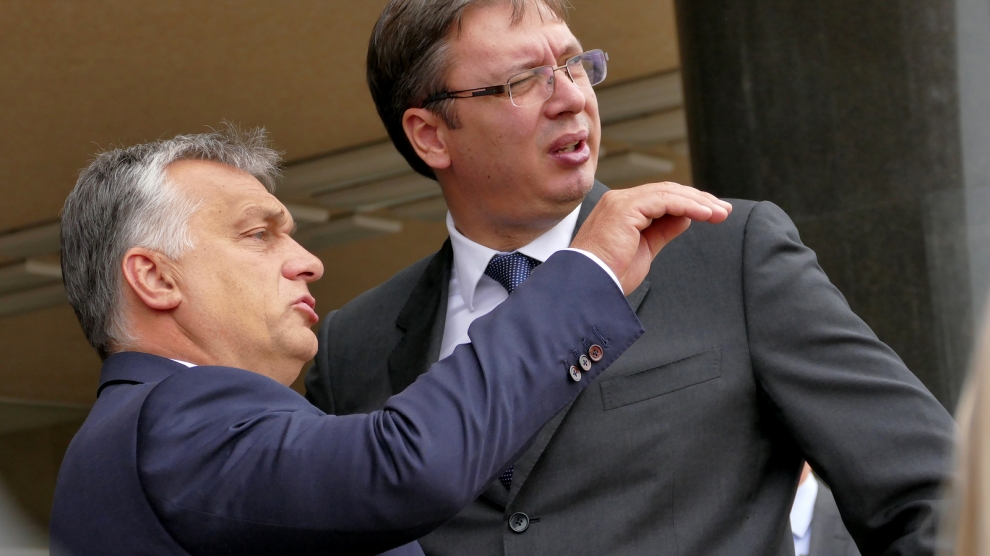 Two emerging Europe countries, Hungary and Serbia, have been downgraded from ‘free’ to ‘partly free’ in the latest edition of the Freedom of the World report, published by Freedom House.

“Hungary’s status declined due to sustained attacks on the country’s democratic institutions by Prime Minister Viktor Orbán’s Fidesz party, which has used its parliamentary super-majority to impose restrictions on or assert control over the opposition, the media, religious groups, academia, NGOs, the courts, asylum seekers, and the private sector since 2010,” states the report.

Serbia’s status meanwhile declined due to “the deterioration in the conduct of elections, continued attempts by the government and allied media outlets to undermine the independent journalists through legal harassment and smear campaigns, and President Aleksandar Vučić’s de facto accumulation of executive powers that conflict with his constitutional role.”

Armenia, where last year massive, non-violent demonstrations forced the resignation of Serzh Sargsyan, the country’s leader since 2008, remains a ‘partly free’ country, although the report highlights the country’s progress under the leadership of new prime minister, Nikol Pashinyan. Poland, which remains ‘free’ is reprimanded in the report however for the government’s drive to assert control over the judiciary. “The ruling party has laid waste to the country’s legal framework,” states the report.

Two countries in the region are classified ‘not free’: Azerbaijan and Belarus. The remaining 10 (all EU members: Bulgaria, Croatia, the Czech Republic, Estonia, Latvia, Lithuania, Poland, Romania, Slovakia and Slovenia) are classified as ‘free’.

Globally, Freedom House ranks Norway as the most free country, Syria the least.