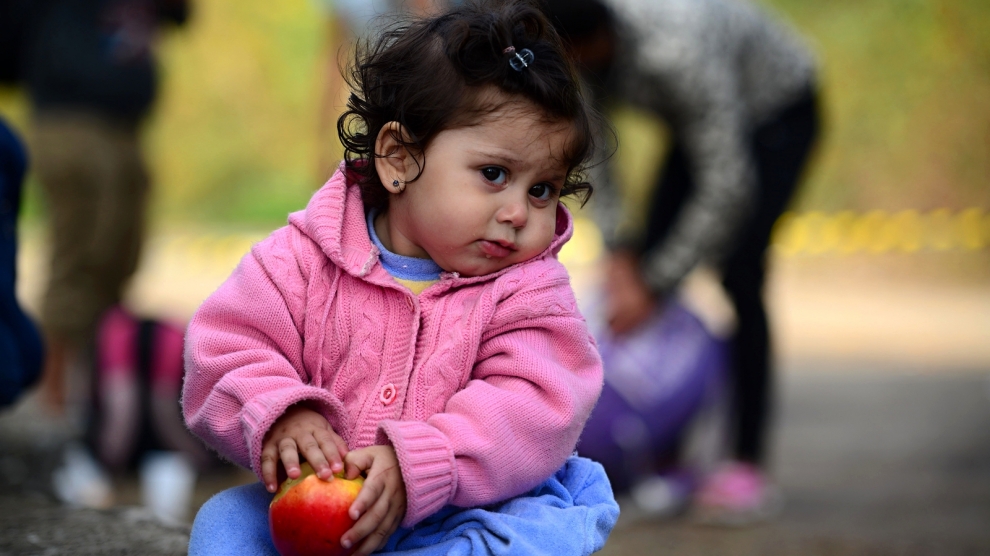 Following a European Court of Justice (ECJ) ruling last week which said that Hungary was illegally holding asylum seekers in camps on its border with Serbia, the country has freed around 300 migrants previously detained in what it called “transit zones” in the town of Roszke.

The ruling came after the Hungarian Helsinki Committee took the issue to the ECJ while representing two migrant families that had been detained.

“The conditions prevailing in the Roszke transit zone amount to a deprivation of liberty,” said the court.

However, while the 300 people will now be transferred to more open facilities, where they will be allowed more movement, immigration experts warn that while respecting the ECJ decision, Hungary has made the asylum application process more difficult for other migrants still trying to enter Hungary from Serbia.

As for the 300 people moved out of Roszke, Andraś Léderer, from the Helsinki Committee, explains that there are still concerns.

Some of those who were rejected will be able to apply again, following an earlier ECJ decision that ruled the grounds for their rejection was in breach of EU law.

For everyone else, the asylum procedure is about to get a lot tougher.

In a blog post, Hungarian government spokesman Zoltán Kovács said that future applications for asylum will have to be submitted to consulates in neighbouring countries.

But this, as Helsinki Committee spokesperson Zsolt Zádori confirms, amounts to a violation of the Geneva Convention as the consulates are now able to reject requests without the asylum seekers ever stepping on Hungarian territory.

Simon Campbell from the Border Violence Monitoring Project, an NGO immigration watchdog, points out that the ECJ ruling will do little for those who are still trying to get into Hungary.

“We were pleased to note the release of 300 persons who had been held in detention in the transit zones in Hungary last night. Unfortunately, we also see that the recent ECJ judgements will not have significant impact on the situation on the Hungarian-Serbian border for the wider refugee and migrant population who remain subject to unlawful practices by Hungarian authorities,” he tells Emerging Europe.

These practices include fences and pushbacks, which make it nearly impossible for migrants to cross into EU territory.

“In particular, the very low proportion of asylum applicants who could access the Hungarian asylum system via the transit centres (less than 600 per year) has not been challenged by the ruling. In fact, all access to the transit centres has been closed due to Covid-19 since March 3. It appears unlikely that Hungary’s border regime will significantly change without additional pressure from international institutions,” Mr Campbell adds.

Both Mr Campbell and Mr Léderer agree that the transit zones and the general treatment of migrants at the border are a result of rising xenophobic sentiment in Hungary as well as the country’s erosion of democracy.

“[Viktor] Orbán’s power as a right-wing leader rests fundamentally on his ability to project fear on an unknowable enemy. The fear of migration has served as justification for an extended state of emergency in the country. As such, anti-refugee sentiment serves as a justification to erode democratic principles, while refugees become the subjects of the consequences of this erosion,” Mr Campbell tells Emerging Europe.

In its latest report, the NGO Freedom House downgraded Hungary from a democracy into what is called a “hybrid regime”. Mr Orbán has also used the coronavirus pandemic to give himself nearly unlimited power during a state of emergency in which he can rule by decree.

“Rising xenophobic sentiments are a direct result of the series of anti-refugee xenophobic hate campaigns initiated by the government and upkept by the pro-government media since 2015. The transit zones were indeed a symbol of the erosion of the rule of law in Hungary: detaining thousands of people clearly unlawfully for an unlimited time was one of the most significant systemic, massive human rights violation in present day Hungary. That this came to end is a very important victory for all,” Mr Léderer concludes.

While the closure of the transit zones is a victory for human rights and the 300 people that were stuck there, the plight of the migrants – many of whom are escaping war-torn countries – is far from over.