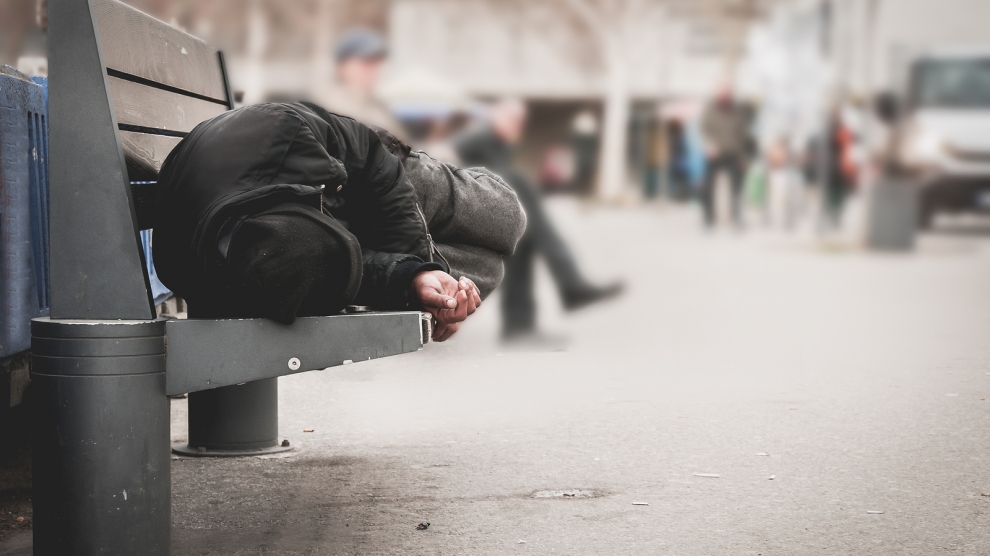 From October 15, being homeless in Hungary constitutes a criminal offence under a new law banning “habitual residence in a public space”.

Under legislation passed in 2013, being homeless was until now punishable with a fine. Under the new law, police will have the power to remove homeless people from the streets and destroy any shelters they build.

“The change of law serves the interests of society as a whole,” said Attila Fülöp, minister of state for social affairs and social inclusion at the Ministry of Human Capacities.

“The government is setting aside a reserve fund of 300 million forints (925,000 euros) for homeless provision such as ensuring the operations of day and night shelters and 24-hour aid for the needy. From a humanitarian point of view, it is important to develop the institutions that provide for the homeless,”  he added.

Parliamentary State Secretary of the Ministry of Human Capacities, Bence Rétvári, underlined that the government spends nine billion forints on homeless services; 9,800 night stays are available, with additional capacity of 1,600 spaces when needed.

“It is important to find professional solutions for dealing with people living on the street, who are reluctant to move into an institution,” commented Miklós Vécsei, deputy head of the Hungarian Maltese Charity Service.

According to the Office of the United Nations High Commissioner for Human Rights, Hungary’s move to make homelessness a crime is cruel and incompatible with international human rights law.

In an open letter sent to the government of Hungary, UN Special Rapporteur Leilani Farha said that the amendment to the Fundamental Law of Hungary is pushing homeless people into illegality.

“It is absolutely unacceptable that the government would fail to discharge its duty under international human rights law to address and prevent homelessness and then have the audacity to treat the homeless population in the harshest of ways through fines they obviously cannot pay, and the threat of imprisonment. And what is this ‘crime’ they have committed? Merely trying to survive,” said Mrs Farha.

There are currently about 50,000 homeless people in Hungary, with around one-third estimated to sleep rough while about two-thirds are living in emergency shelters.