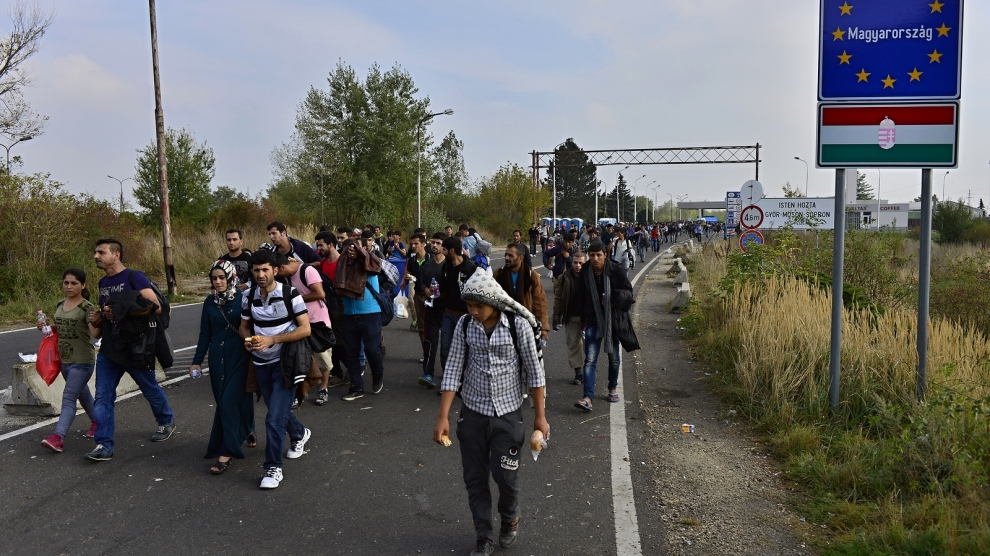 During his first official visit to Montenegro, Hungarian Prime Minister Viktor Orban offered his help to defend Montenegro’s borders from the increasing number of migrants.

“When Montenegro defends its own borders, it is also defending Hungary and the whole of the European Union, and Hungary both favours the preservation of identity and protects its territorial integrity,” Mr Orban said during a joint press conference with his Montenegrin counterpart Dusko Markovic.

The Hungarian prime minister also stressed that in terms of migration the only achievement to date has been the closure of the Balkan route.

“This achievement is associated with Hungary, and it is now recognised across the whole of Europe. The Balkan route must be kept closed, and every country in the Balkan region must be defended.” he said.

Mr Markovic thanked the Hungarian prime minister for his assistance in the defence of his country’s borders, but insisted that to date there had been no need for a fence.

“The EU is an absolute priority for us, a strategic goal we are fully committed to and is very important for both us and Europe,” Mr Markovic said, thanking Hungary for its support in the modernisation of the Montenegrin economy and for having put Podgorica on its path towards both the NATO accession and European Union membership.

“We will continue to work towards adoption of values, implementation of reforms, and the strengthening of democracy. The most complex phase of integration is ahead of us and with the support of our partners, we will be ready to face all obligations. Montenegro has set up mechanisms to preserve its security, but at the same time it contributes to regional and wider global security,” he added.

Answering a question, Mr Orban observed that Europe is continuing to make serious mistakes, as it does not want to acknowledge that it must refrain from any measures which could be seen in Africa or the Middle East as invitations to migrants.

“We fail to notice that in Africa and the Middle East certain statements and measures are interpreted as invitations. The EU is sending out ambiguous signals, which both invite migrants and at the same time say ‘do not come’. As a result people are drowning at sea due to Europe’s politically untenable and inhumane policy,” he said.

Meanwhile, Hungarian Minister of Foreign Affairs and Trade Peter Szijjarto has announced that Hungary has quit the adoption process of the UN Global Compact for Migration.

“It has become apparent that there is an unresolvable conflict with relation to migration between Hungary’s position and the approach of the United Nations,” he explained. “While according to the UN migration is an unstoppable and good process that should be supported, Hungary views it as a bad process that is bringing danger to Europe and Hungary.”

Mr Szijjarto added that the Global Compact sets out “fine goals”, such as taking action against people smugglers, but its overall effect is at odds with even these few positive goals in view of the fact that the document, which inspires migration, is only good for people smugglers, who as a result will be able to convince even more people to set out from home.