The vast majority of economies in emerging Europe are on course for slowing growth rates, the International Monetary Fund (IMF) has warned in its latest report.

According to the IMF’s revised World Economic Outlook, Armenia has the highest growth projection in emerging Europe: the organisation expects that the Armenian economy will expand by six per cent this year. However, the growth rate is projected to slow to 4.8 per cent in 2020 and 4.4 per cent by 2024.

IMF’s analysts believe that the GDP of Czechia, Slovakia and Slovenia will grow by 2.5-2.9 per cent this year.

The remaining countries of the Balkans (Bosnia and Herzegovina, Bulgaria, Croatia, Montenegro, North Macedonia) are projected to grow between 2.8 and 3.7 per cent, respectively.

The IMF expects all three Baltic countries will expand by two-three per cent annually over the next five years.

While Ukraine’s forecast was upgraded, with the country projected to maintain an annual GDP growth rate of around three per cent, Belarus is the only country in emerging Europe that is heading toward a recession (-0.4 per cent in 2024). 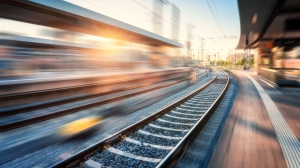