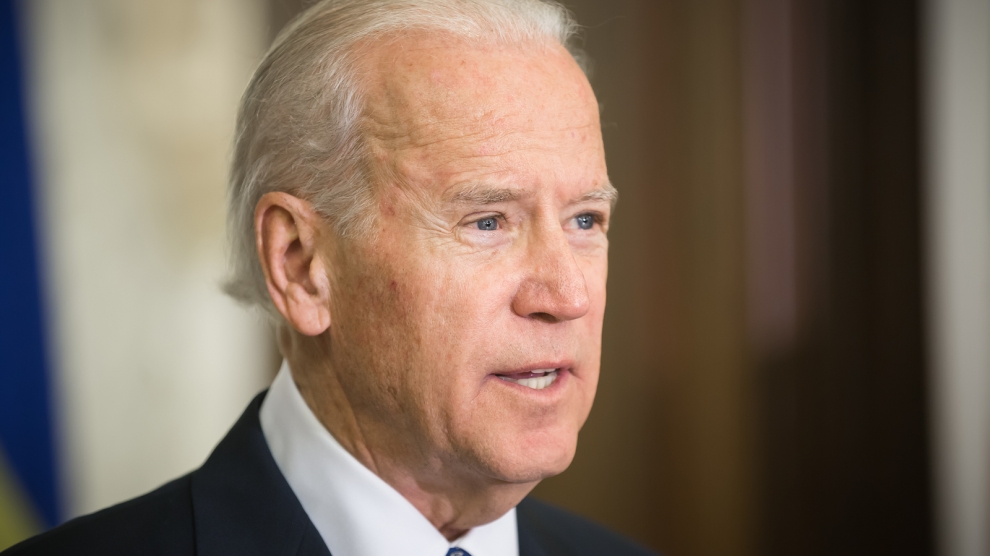 Former US vice president and 2020 Democratic presidential hopeful Joe Biden has called on the United States to “once and for all” reaffirm its record on the Metz Yeghern, the 1915 genocide against the Armenian people by the Ottoman Turks, RFE/RL’s Armenian service has reported.

“I am proud today to support the resolutions now before the [US] House and Senate to officially recognise and establish an ongoing US commemoration of the Armenian genocide,” Mr Biden said in a latter sent to the Armenian National Committee of America (ANCA), a lobby group for ethnic Armenians living in the US.

“We must never forget or remain silent about this horrific and systematic campaign of extermination,” he continued, noting that Armenia’s history will never be complete without the recognition of the genocide.

“Joe Biden sent a clear message to House Speaker [Nancy] Pelosi and Senate Majority Leader [Mitch] McConnell to green-light votes on the Armenian Genocide Resolution (…) in their respective chambers of Congress,” ANCA Executive Director Aram Hamparian said, adding that how the two US congressional leaders will “advance or obstruct these resolutions will speak volumes about the respect they (…) hold for Armenian-American views, values and votes.”

While serving in Congress prior to his vice presidency, Mr Biden, who is currently the frontrunner for the Democratic party’s nomination for the 2020 US presidential election, has been one of the strongest supporters in the US Congress calling for recognising the Armenia genocide.

However, former US president Barack Obama failed to make efforts on the recognition in fear of worsening relations with Turkey.

“The Obama-Biden Administration (…) pivoted hard against the spirit and letter of its high-profile campaign pledge to recognize the Armenian Genocide, deepening official U.S. complicity in Turkey’s genocide denials and ongoing obstruction of justice for this crime,” RFE/RL wrote, quoting the ANCA’s statement.

The Armenian genocide, also known as Metz Yeghern, was the Ottoman Empire’s attempt to systematically exterminate Armenians living on Ottoman Turkish territory. Between 1915 and 1923, around 700,000 to 1.5 million Armenians were rounded up and deported the majority of whom were murdered. Despite facing increasing calls to recognise the events as a genocide, Turkey continues to do as such.