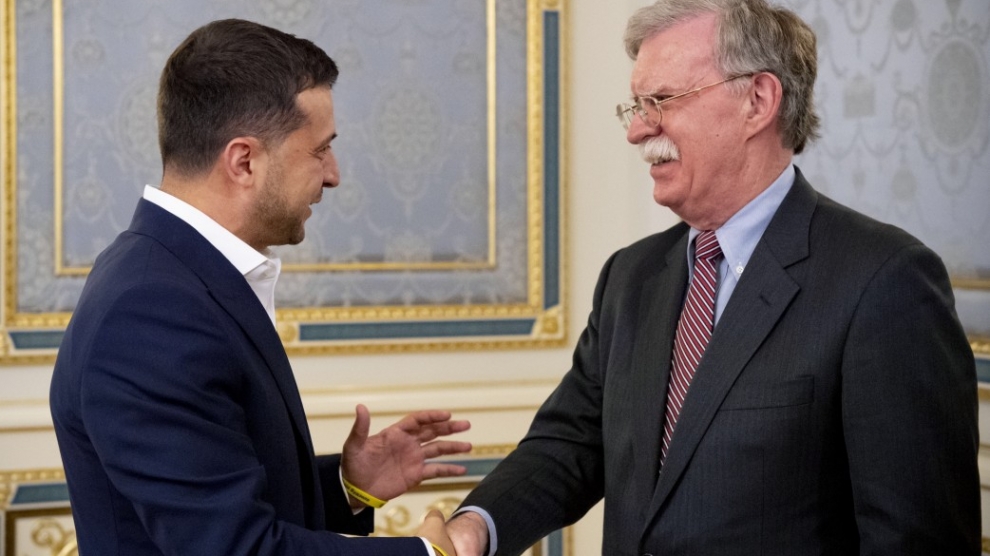 White House national security advisor John Bolton has paid a visit to Belarus, Moldova and Ukraine, discussing regional security matters and cooperation between the three countries and the United States.

“There are several issues that are of great interest to the United States, including human rights and the non-proliferation of weapons. We must be very frank on these issues. I think we will find common ground,” he told Belarusian president Aleksander Lukashenko in Minsk. In turn, Mr Lukashenko called the meeting historic and proposed “closing this bad page and turning over a new leaf.”

Mr Bolton’s visit was the highest-level US government delegation to Belarus in 20 years.

In Kyiv, discussing the militarisation of Russian-occupied Crimea and the escalating tension at the Black Sea, Mr Bolton said that the US “will protect its interests around the world, as well as the interests of its friends and allies.”

“We laid out our concerns about unfair Chinese trade practices and threats to national security we’ve seen in the United States,” he told RFE/RL in an interview, pointing to the possible Chinese acquisition of Motor Sich, a Ukrainian defence company employing 20,000 people.

The potential Motor Sich deal has sparked outrage in both the US and Ukraine. Earlier this month, the Ukrainian press reported that three companies, two from China and one from Ukraine, had agreed to jointly acquire Motor Sich.

While he stressed that the US rejected the deal, he added that such agreements are the sovereign matters of the Ukrainian state.

Speaking in a meeting with Mr Bolton, Ukrainian president Volodymyr Zelensky said that he would welcome the accession of the US to the Normandy format, currently a quadrilateral forum involving Germany, France, Russia and Ukraine founded with the aim of ending the Donbas War.

On August 27, French president Emmanuel Macron announced that the Normandy Four would meet again in September. The exact date is yet to be agreed upon.

During the meeting, Mr Bolton also hinted at the possibility of the first meeting between the US president and his Ukrainian counterpart this weekend in Warsaw.