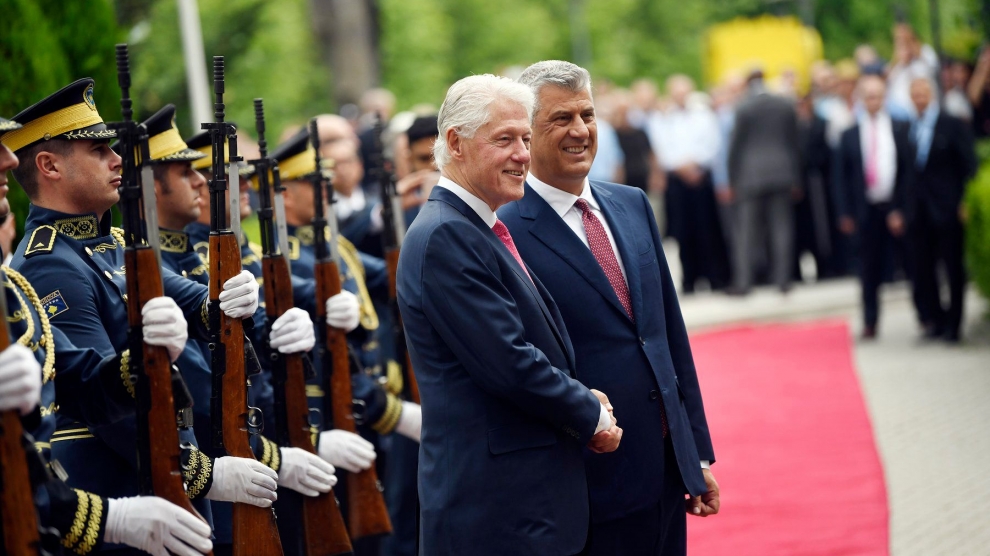 Former US president Bill Clinton has been awarded Kosovo’s highest honour, the Order of Freedom, in a ceremony in the country’s capital Prishtina.

As president, Mr Clinton was instrumental in bringing about the 1999 NATO intervention that ousted Serb forces from Kosovo, paving the way for the country’s independence nine years later.

Mr Clinton arrived in Kosovo on June 11, a day before the 20th anniversary of NATO troops entering Kosovo. In a ceremony broadcast on television, Mr Clinton was handed the medal by Kosovo’s president, Hashim Thaçi

“No prize can award your contribution, the highest decoration you can receive is the freedom of Kosovo itself,” said Mr Thaci.

The former US president said he would “always be proud” of his contribution.

“I happened to be president of the United States when you needed someone to stand up and say no more ethnic cleansing, no more running people out of their homes, no more killing innocent civilians. There’s gotta be another way,” he said.

The former president added that despite a “very contentious political environment in America, you (Kosovo’s independence) seem to be one of the things that all Americans agree on.”

Mr Clinton already has a statue in Prishtina and a street named after him.