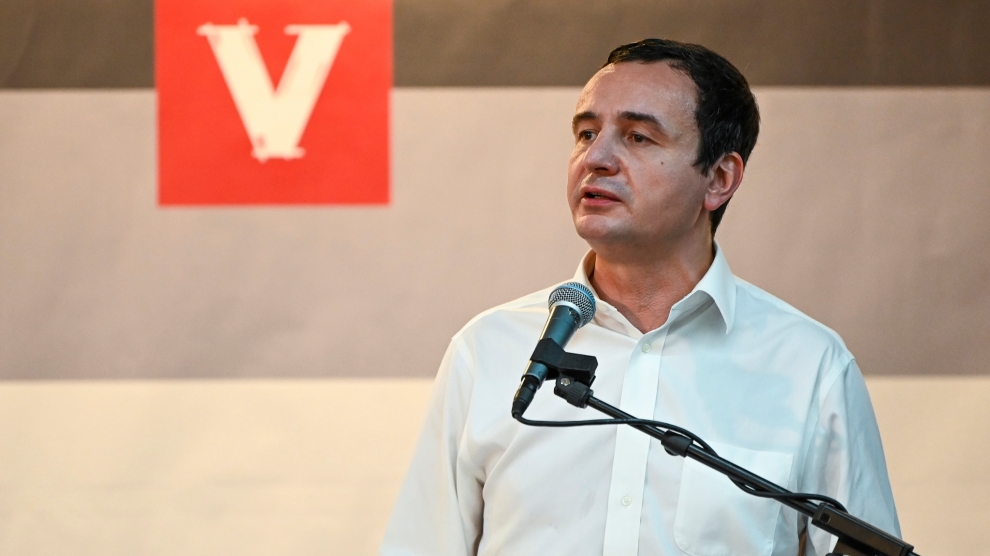 The centre-left Vetevendosje party looks set for a narrow victory in Kosovo’s parliamentary election, having taken just under 26 per cent of the vote, slightly ahead of another opposition party, the centre-right Democratic League of Kosovo (LDK).

The once dominant Democratic Party of Kosovo, PDK, came third with 21 per cent, while the Alliance for the Future of Kosovo (AAK) saw its share of the vote plummet to 11 per cent.

“This is the people’s revenge against a captured state,” said Albin Kurti, the leader of Vetevendosje (pictured above). A wish to end endemic corruption was cited by many voters as the election’s most important topic.

“Fair and peaceful competition has raised Kosovo and its citizens to a higher standard of political and democratic maturity, by serving as a model in the region,” said outgoing prime minister, Ramush Haradinaj, leader of the PDK, when conceding defeat. It was Mr Haradinaj’s resignation in July – after being called to The Hague for questioning as a suspect over his role in the 1998-99 insurgency against Serbia – that sparked the snap election.

The country now looks set for a new coalition led by either Vetevendosje’s Mr Kurti or the LDK’s Vjosa Osmani.

“We are ready to talk with Vetevendosje about forming a government,” Osmani told supporters.