Kosovan firebrand Jeton Neziraj: ‘Theatre should side with the victims’

His plays have brought threats, vandalism – and international acclaim. Now the fearless dramatist is retooling Ibsen to lay bare corruption in his homeland.

In Georgia, it’s open season for the far-right

Georgia’s far-right movement has been growing in recent years, presenting a dangerous threat to the Jewish, LGBTQ and other non-Georgian Orthodox communities.

Bosnia is at risk of becoming a failed state. Does the EU want that on its doorstep?

Europe needs to show the Balkan states bravery and vision, not shut them out.

Poland’s poultry industry has come a long way over the last decade. The country is now Europe’s top chicken producer and exporter, having raised more than a billion chickens for meat last year, according to Statistics Poland – or 10 times more than in 2009.

In Skopje, North Macedonia, you can see the signs of this country’s efforts to get an invitation from the EU. Literally.

Albania’s population is still comparatively young and the number of its elderly relatively low —but that could change fast.

Poland’s prime minister has written to streaming company Netflix insisting on changes to The Devil Next Door, a documentary about the Nazi death camps.

Why was Moldova’s reformist government ousted?

When Maia Sandu’s administration was in power, Moldova’s justice system got too close to having its first independent prosecutor general – a risk that the country’s old corrupt elites could not afford.

Veganism is thriving in Poland, but faces a conservative backlash

Poland has become a vegan hot spot, with Warsaw named the third most vegan-friendly city in the world. But, in a deeply conservative country, this challenge to traditional cuisine has provoked a backlash, with veganism seen as part of a broader threat to Polish culture, values and even religion.

Melbourne club Surrey Hills says it will persist in efforts to bring over Florin, whose distinctive bowling style delighted the world. 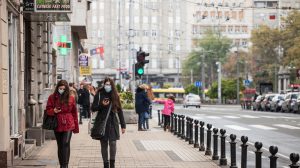 Brain drain? In Serbia, Montenegro, and North Macedonia there are signs of ‘brain gain’ 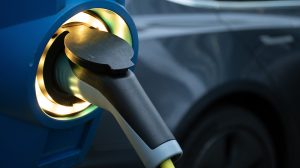