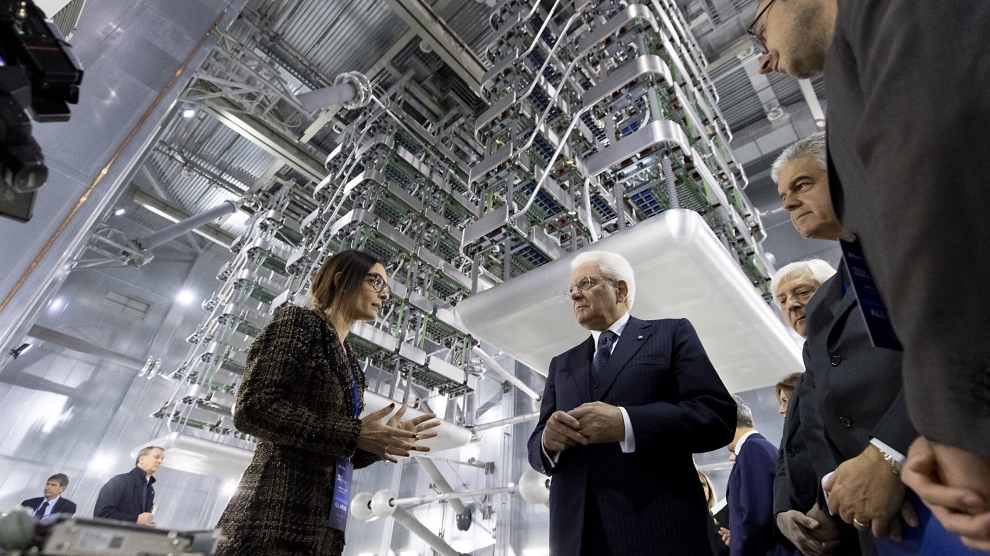 The undersea cable represents the first “electrical bridge” between Italy and the Balkans, a crucial connection which will enable Italy to reinforce its role as a European and Mediterranean electricity transmission hub, Terna said in a statement issued after the interconnection was inaugurated by Italian President Sergio Mattarella (pictured above, centre) and his Montenegrin counterpart Milo Đukanović.

“Montenegro will have significant revenues based on the 20 per cent stake of power transmission system operator Crnogorski Elektroprenosni Sistem (CGES) in the total cable capacity. Through greater utilisation of the 400 kV network, we will reduce transmission losses and increase the level of technical resilience of the energy system. Ultimately, revenues from transit and leasing of transmission capacity will have the effect of reducing the costs of transmission system users,” President Đukanović said in a video file posted on the website of Montenegrin public broadcaster RTCG.

The interconnection will initially allow a bi-directional exchange of electricity between the two countries of 600 MW of power, which will become 1,200 MW when a second cable is laid within the next few years, Terna said.