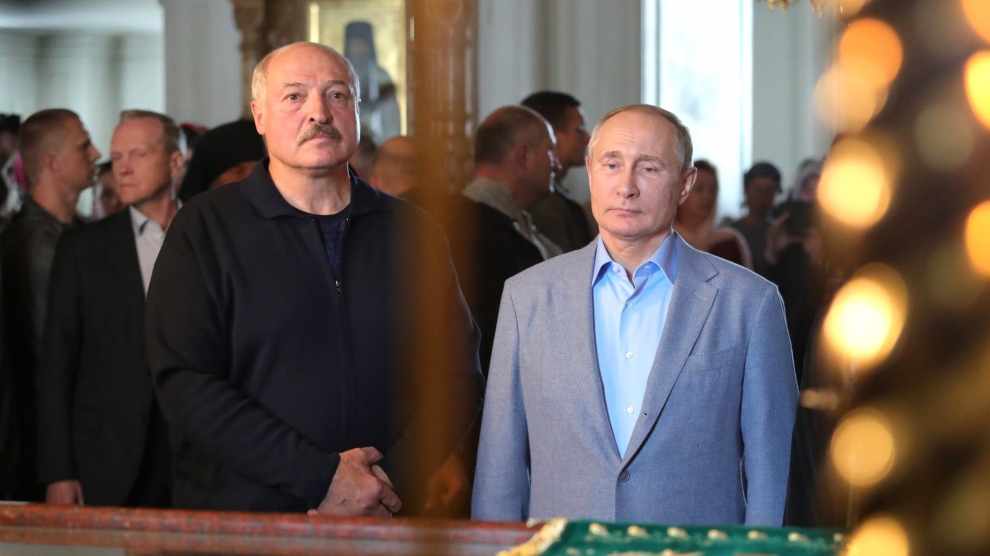 The Belarusian government will partially integrate the country’s economic and welfare system to that of Russia, introducing an “economic confederacy” between the two countries based on the Union State treaty, the Moscow Times has reported.

According to leaked government documents published by Russian news agency Kommersant, integration measures include the mutual cancellation of roaming charges from June 1, 2020, the introduction of a single Tax Code by April 2021, and a single Civic Code.

Among others, the action programme envisages a “coordinated policy” for the labour market and social protection, a common customs policy, a common foreign trade regime and a single set of principles for economic sanctions policy.

The two governments also laid out proposals to create a supranational state company for the oil, gas and electricity markets.

The action programme, which presents a higher level of integration than within the European Union, does not include the areas of defence, state security, law enforcement and public administration,

BelarusFeed reported that the two governments would create a roadmap for the harmonisation of industry by November 1, 2019.

Commenting on the action programme, Russian presidential spokesperson Dmitry Peskov told reporters that the plans were only preliminary.

The Belarusian prime minister, Sergey Rumas, earlier said that the aim of the bilateral integration was “two countries and one market.”

The Russian and Belarusian governments have for months been in talks to discuss the possibility of advancing the so-called Union Treaty, a bilateral agreement signed in 1999 to create a union state between the two countries.