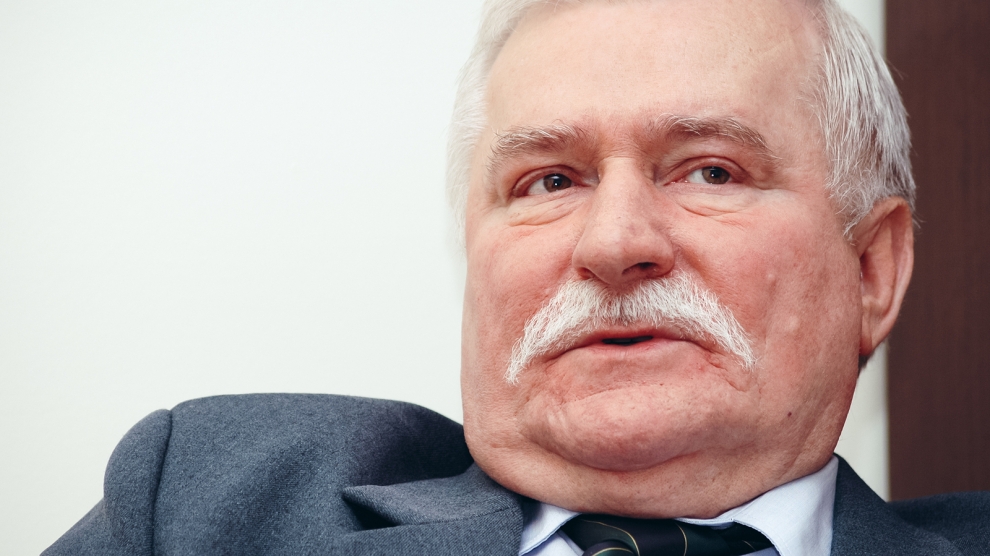 Former Polish president and the winner of the 1983 Nobel Peace Prize Lech Wałęsa has told the Russian news agency Sputnik that he believes Russian President Vladimir Putin is “a wise man”, and that it was possible to establish good relations between Moscow and Warsaw.

Mr Wałęsa told Sputnik that he had good relations with Boris Yeltsin during his term in office, and that he would have been “able to explain my arguments to Putin. He is a wise man, but one needs to voice more arguments when talking to him.”

The former Polish leader added that he blamed himself for failing to maintain good relations with Russia during his presidency, but emphasised that he felt this was still achievable.

“If we [Russia and Poland] argue, third states start making money out of it. We should leave this road as soon as possible. We should both understand that we need to reach an agreement. This is possible,” Mr Wałęsa said.

Mr Wałęsa did not pass up the chance to criticise the current Law and Justice (PiS) government in Poland.

“We must decide on what foundation we want to build our state. We rejected communism, because this has never and will never happen anywhere. Pure capitalism, however, does not look good either, ” commented Mr Wałęsa.

“Mateusz Morawiecki [Poland’s prime minister] and Jarosław Kaczyński [the head of PiS and the country’s most powerful politician] are misfortunes of our democracy. They are populists and demagogues. I would be happy if the next presidential election was won by Donald Tusk. He is a very talented man,” concluded Mr Wałęsa.