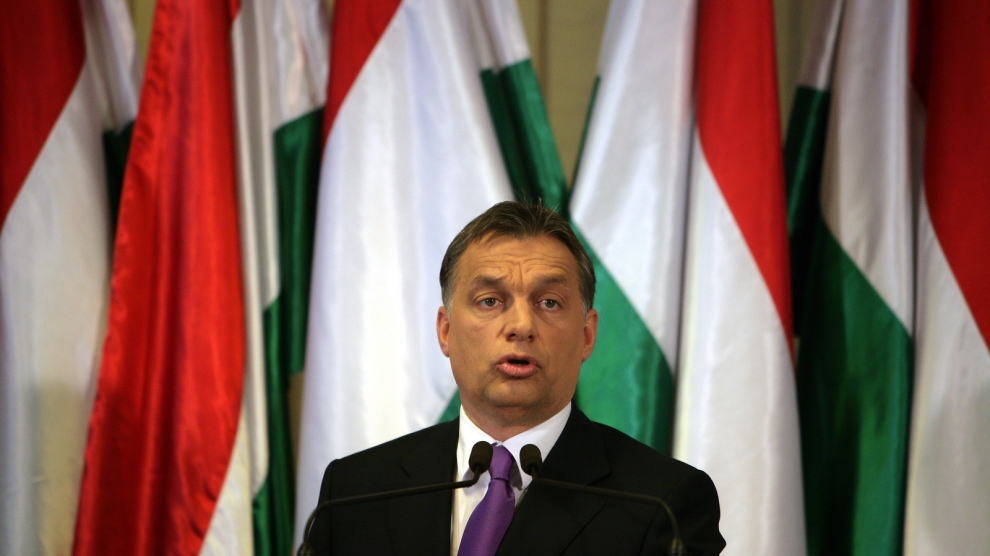 Hungary’s prime minister, Viktor Orbán, has called on Europeans to vote together in elections for the European parliament next May in order to stop any further migration.

“I have been hearing for 30 years that we have no common theme that concerns all of Europe. Now we have one: migration. From Lisbon to Vilnius and also in Budapest, the key issue in the elections will be migration. This means that for the first time European nations will vote together on a common topic.”

Mr Orbán has long been one of Europe’s fiercest opponents of migration. He was reelected as prime minister earlier this year by running a campaign of hatred towards foreigners, migrants and George Soros, making little mention of the real issues facing Hungarians.

Hungary was one of six emerging European countries which refused to sign the United Nations pact on the fair treatment of migrants earlier this month.

“When I heard that the US was refusing to sign, I read the pact myself, and noted that this document could cause major problems because it could affect national security. After that, I consulted with our government and we decided to pull out immediately,” said Mr Orbán.

Mr Orbán’s latest escalation of anti-migrant rhetoric comes as his government faces criticism for passing a so-called slavery law that will see Hungarian workers forced to carry out up to 400 hours of compulsory overtime each year. The law has provoked protests on the streets of the Hungarian capital Budapest.