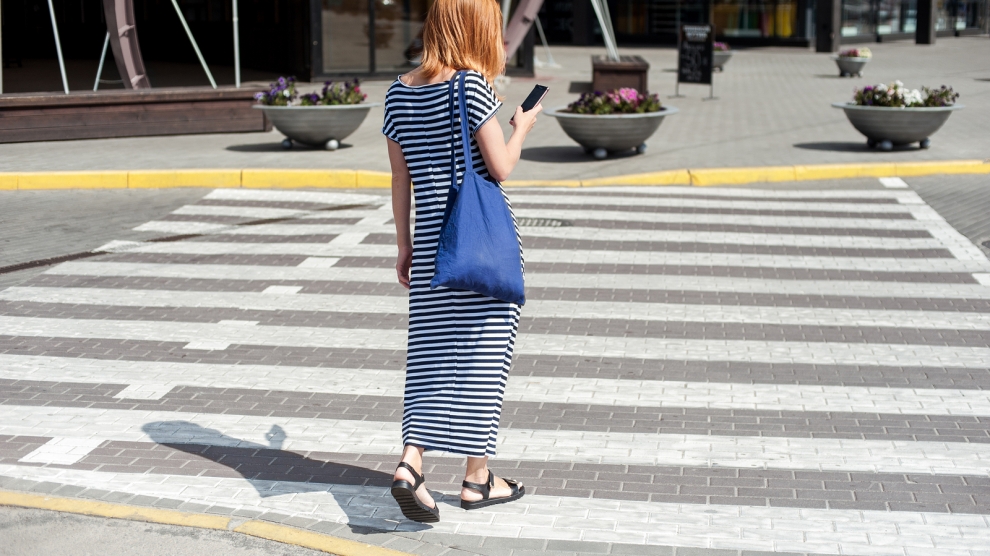 Lithuanians will face fines of up to 40 euros if caught crossing the street while using mobile devices.

“Pedestrians must not use mobile devices before stepping onto the street or walking across it,” said Transport Minister Rokas Masiulis.

Under new laws pedestrians can be fined between 20 and 40 euros for such offences. In addition, amendments were also made to the country’s highway code which will require motorists to stop not only for pedestrians already on a crossing, but also for those waiting to cross.

The government claims that the amendments are aimed at improving the safety of pedestrians, who account for one-fifth of all road deaths in Lithuania. In 2017, 68 pedestrians were fatally injured in traffic and another 42 were killed during the first eight months of 2018, which includes 11 at crossings.

According to the European Commission’s 2017 Road Safety Statistics, published in April 2018, European roads are on average are the safest globally, accounting for 49 deaths per 1 million inhabitants, with 21 per cent of all fatal accidents involving pedestrians. Yet while the EU average is impressive, the data for emerging Europe is less encouraging.

In 2017, EU member states with the best road safety scores were Sweden (25) and the UK (27), followed by the Netherlands (31), Denmark (32), Ireland (33) and Estonia (36). Member states with the highest fatality rate were Romania (98) and Bulgaria (96). Lithuania’s road safety performance slightly deteriorated in 2017 compared to the previous year. The number of road fatalities per million inhabitants (67) is still well above the EU average.