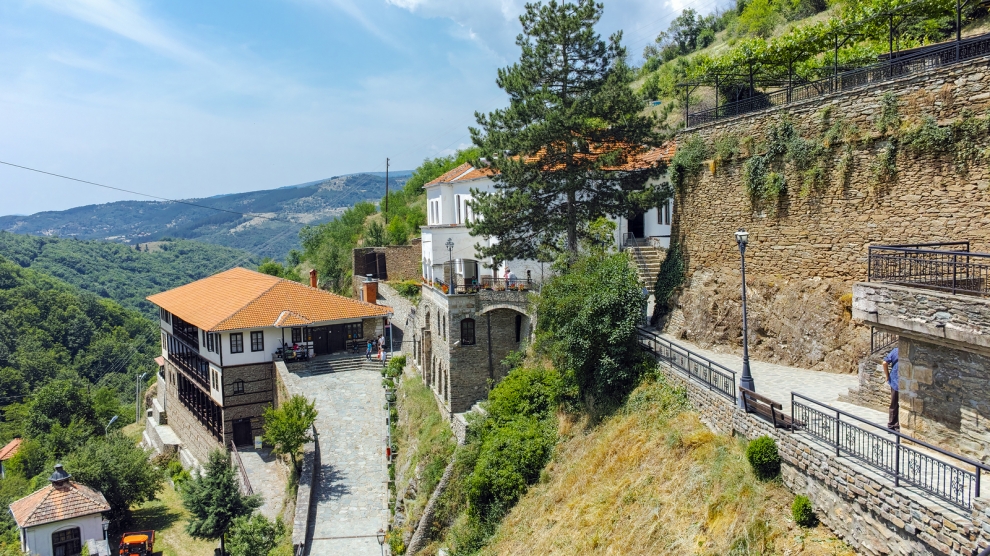 The Macedonian Ministry of Transport has applied to the European Investment Bank (EIB) for funding for two new infrastructure projects in the Kriva Palanka municipality in the north east of the country.

Transport Minister Goran Sugarevski is confident that the application for the two projects, upgrading of the region’s water metres and expanding the water system to cover the entire municipality, will be swiftly approved.

The minister visited the Kriva Palanka municipality last week, where a road infrastructure project is already under way. The Public Enterprise for State Roads and Makedonija pat – two public enterprises dealing with road maintenance – are involved in the asphalting  of six kilometres of road: from the town of Kriva Palanka to the village of Ogut, near the border with Serbia.

Mr Sugarevski reiterated the government’s commitment to the Kriva Palanka region: “Some time ago we commenced the construction of the Rankovce – Kriva Palanka expressway, and my expectations are that all deadlines will be met.”

He added that there are investments planned for railway infrastructure too. As much as 145 million euros have been secured for the Beljakovce – Kriva Palanka railway line, of which 70 million euros is an EU grant. The tender for the railway line from Kriva Palanka to the Bulgarian border will start soon, with 60 million euros to be provided under the IPA scheme. The Macedonian government is expected to apply for more IPA funds, as expenses may reach 400 million euros. Although the funds would cover only 23 kilometres of railway, there are tunnels and bridges to be built, explained the transport minister.

Think Balkan cuisine is tasteless? My friend, you haven’t had a good food guide

Remembering Christo, the artist who dared to dream

When Hungary taught the world to play football