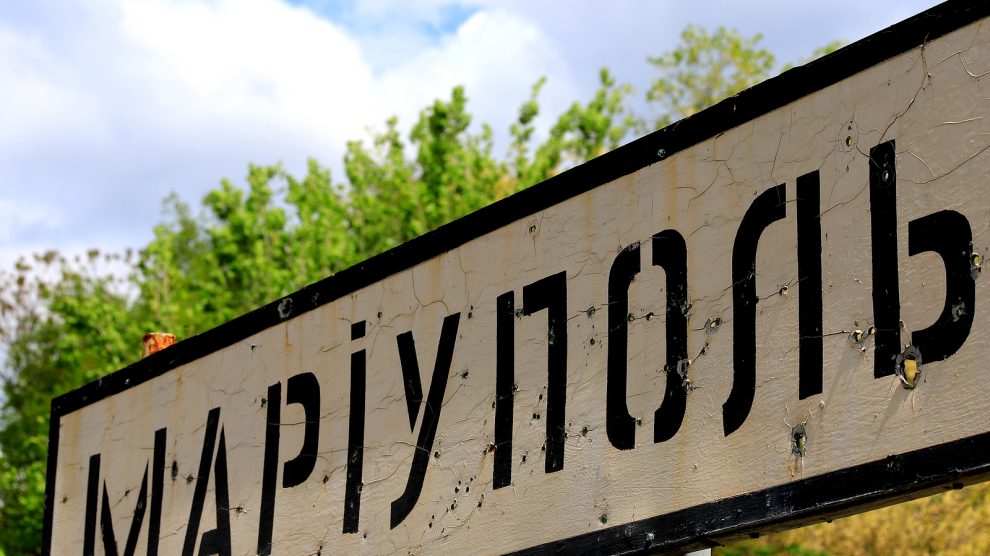 Ukraine this week ordered its remaining forces in the port city of Mariupol to stand down, but there are conflicting reports about the number of fighters who have since been evacuated from the city’s Azovstal steelworks, and confusion too about how many remain inside.

Russia has claimed that 1,730 troops have surrendered, but several hundred are still believed to be inside the labyrinthine tunnels of the steel plant.

The International Committee of the Red Cross confirmed on Thursday that while it had registered the evacuated fighters as prisoners of war, the organisation had not been involved in their onward transportation. There are now grave concerns that the Azovstal defenders, who heroically held out for almost three months, could face torture and even execution.

Mariupol aside, Russia continues to lose ground in eastern Ukraine. On Wednesday, President Volodymyr Zelensky said that Russia’s reported use of “laser weapons” in its invasion of his country is a sign of their failure. It followed a claim by a Russian official that the technology – capable of taking down drones – was being “widely deployed” on the battlefield.

The Russians are searching for a “wunder-waffe”, Zelensky mockingly claimed. It was a reference to the hunt for a wonder weapon that would turn the tide of World War Two while the Nazis were losing on the battlefield.

The European Commission this week proposed an extra nine billion euros in EU loans to Ukraine to keep the country running and to set up a ‘RebuildUkraine’ facility of grants and loans, which will be modelled on the EU’s Covid-19 recovery fund.

The money would be borrowed by the Commission on the market against guarantees by EU governments under its macro-financial assistance programme to keep Ukraine going until the end of June. The International Monetary Fund (IMF) has estimated that Ukraine needs around five billion US dollars per month for basic operations

Former Ukrainian footballer and national coach Andriy Shevchenko has been appointed as the ambassador of United24, President Zelensky’s fundraising initiative for the “restoration and development” of Ukraine.

After meeting Shevchenko in Kyiv, the Ukrainian president said: “Andriy, with his work and sporting achievements, gained great confidence on the international stage.

“And now he has a new mission to tell the world about the events in Ukraine and direct his authority to increase international assistance to our state.”

The United States this week reopened its embassy in Kyiv, nearly three months after withdrawing American diplomats and suspending work in the Ukrainian capital in advance of Russia’s invasion.

After years of stalling, Romanian lawmakers approved legislation on Wednesday to reduce taxes on future income from offshore gas projects, hoping it would unlock investment in the Black Sea to extract its sizeable reserves. OMV Petrom, majority-controlled by Austria’s OMV, and other gas producers have spent 15 years and billions of dollars preparing to tap Romania’s estimated 200 billion cubic metres of gas in the Black Sea. However, a prohibitive tax on additional gas income introduced four years ago put all but one project on hold and contributed to Exxon’s exit from the European Union state.

Hungary needs European Union funds to be unlocked to diversify its energy supplies, Poland’s president said on Tuesday, offering some support to a country that has blocked a proposed EU ban on Russian oil due to the economic pain it would face. Andrzej Duda told a joint news conference with his Hungarian counterpart Katalin Novak that he hoped a proposed new package of EU sanctions on Russia – including the oil ban – could be approved with Hungary’s assent, but also offered Poland’s understanding over Budapest’s close energy ties with Moscow.

Hungary should boost domestic ownership in more key sectors in addition to banking, media and energy, a cabinet minister-designate said on Wednesday, signalling more pressure on foreign companies to scale back their presence in the country. “A sustainable (economic) convergence (with the European Union) is a key priority, and that requires an autonomous and self-sustaining economy,” Marton Nagy, a former central bank deputy governor, told a parliamentary confirmation hearing. Over the past decade several foreign banks have sold their Hungarian businesses to local players, but Nagy said foreign firms still dominated the insurance sector.

Belgrade was targeted by a series of bomb threats on Monday, including threats against schools, bridges, restaurants and a soccer match, bringing rush hour traffic to a standstill in the Serbian capital. Police said in a statement that no explosive devices were found after different searches. It was not immediately clear who was behind the purported emailed threats. Nearly 100 elementary schools were evacuated after the threats, as well as several restaurants, including McDonald’s and shopping malls, bridges, a zoo, the airport, a railway station and the water supply company.

A war crimes court in The Hague has sentenced two Kosovo war veterans to four and a half years in prison each after finding them guilty of witness intimidation, obstructing the administration of justice, and violating the secrecy of court proceedings. Hysni Gucati and Nasim Haradinaj, the leaders of the Kosovo Liberation Army War Veterans Association, had pleaded not guilty at the start of their trial in October at the Kosovo Specialist Chambers in The Hague.

Former mayor of Bucharest Sorin Oprescu, who was jailed in absentia last week in Romania, was detained on Tuesday by Greek police. He had fled Romania to avoid hearing his sentence. Romanian police confirmed that Oprescu was now in the custody of the Greek authorities and had sought political asylum in Greece. A European arrest warrant was issued for Oprescu after the Bucharest Court of Appeal sentenced him on May 13 to ten years and eight months in prison for forming an organised criminal group, bribery, abuse of office and money laundering.

Kazakhstan’s largest iron ore-enricher has cut supplies to a major steelworks in Siberia as the repercussions of international sanctions against Russia disrupt economic ties between the two members of the Eurasian Economic Union, a free-trade zone. The Sokolov-Sarybai Mining Production Association in northern Kazakhstan was the main supplier of ore to the Magnitogorsk Iron and Steelworks until Russia invaded Ukraine. Firms in Kazakhstan have no obligation to implement international sanctions against any person or entity in Russia. However, many are wary of contagion from damage to their trade with foreign buyers or their reputations if they do business with Russian companies.

South Ossetia’s de facto leader has announced that the territory – internationally recognised as part of Georgia – will hold a referendum on joining Russia on July 17. But the holding of the referendum will be complicated by the fact that the leader, Anatoliy Bibilov, recently lost his bid for reelection and will no longer be president on that date, and that both his replacement and Moscow have shown little enthusiasm for going ahead with the exercise. It’s not clear whether Bibilov is going to be able to go through with the vote or whether this will be yet another failed attempt by the tiny territory to attach itself to Russia.