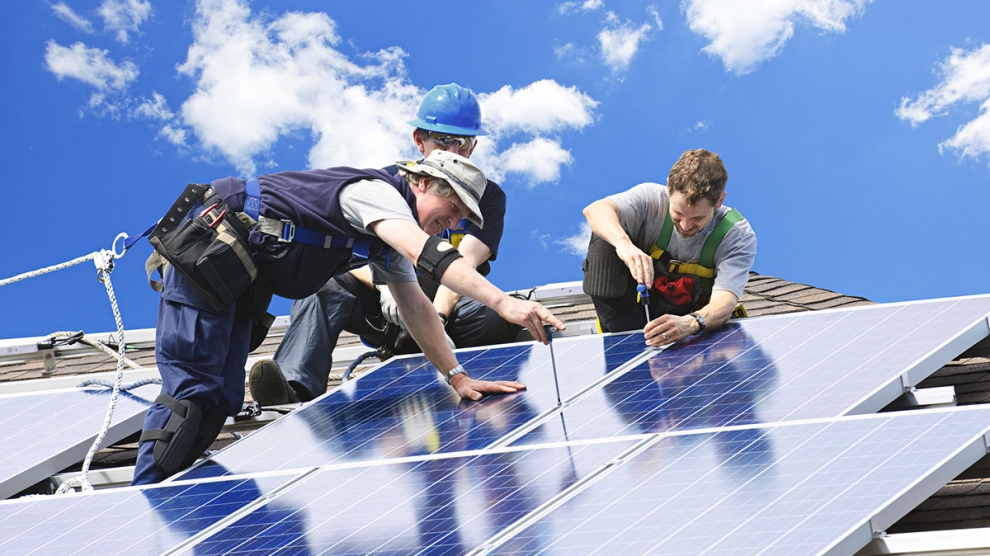 The United Nations Development Programme (UNDP) is teaming up with Sun Exchange – a marketplace that finances solar power with cryptocurrency – to help one of Moldova’s largest universities – the Technical University of Moldova, in the capital Chisinau – go solar. The deal is expected to meet most of the university’s energy needs from solar power and make considerable savings on its bills, thanks to rooftop installations expected to reach 15,000 sq m in surface area.

People who purchase solar cells through the South Africa-based Sun Exchange can lease them out to hospitals, businesses, schools and private residences. The exchange uses SolarCoin, a cryptocurrency introduced by blockchain start-up ElectriCChain.

Once all solar cells have been purchased, recipient buildings begin to pay rent for using them, and are charged for every unit of electricity they generate, covering the cost of the equipment, installation and maintenance over a period of up to 20 years. Owners of the solar cells also receive SolarCoins based on the amount of solar energy produced.

“It’s no wonder this is one of the fastest growing crypto markets. The system has all the right incentives in place. It reduces the costs of going solar dramatically for the end-user and makes it easy for anyone in the world to own a solar cell anywhere in the world, and from it, make a steady source of sunlight-powered income,” said Abraham Cambridge, the founder and CEO of Sun Exchange.

“This alternative finance mechanism will help cities, businesses and potentially private homes to meet their basic needs, knocking off several Global Goals targets at once,” said Dumitru Vasilescu, the UNDP programme manager. “Ultimately, this could revolutionise the renewable energy market for Eastern Europe and Central Asia.”

In Moldova, where around 74 per cent of the energy is imported and energy prices increased by more than 50 per cent over the last five years, solar energy is seen as having important potential.

The energy needs of the university are estimated at around 1MWp. The initiative will culminate in zero costs within the next 20 years. At the end of the leasing period, the Technical University of Moldova will own the installation.

In June, the UNDP will establish a pilot fund to raise national awareness on how to access and promote solar energy in the hope of replicating the model elsewhere in Moldova.