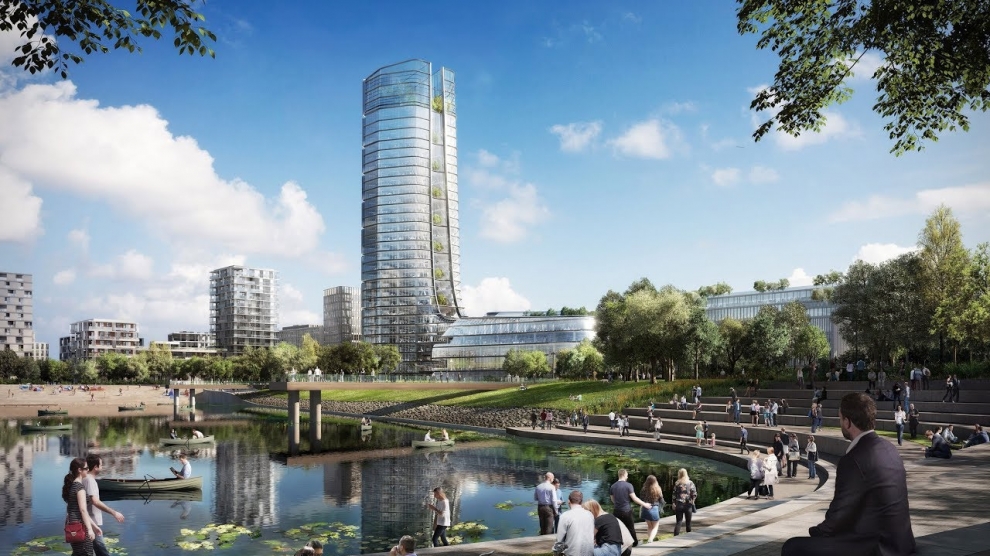 The new headquarters of MOL, the Hungarian oil giant, is set to become the tallest building in Budapest, despite a government ban on skyscrapers in the city.

According to Gergely Gulyás, head of the Prime Minister’s office, a new law will ban buildings taller than 90 metres in order to preserve the architectural environment of the Hungarian capital. Buildings of between 65 and 90 metres in height will be judged on a case-by-case basis. The ban will not affect the construction of the 120-metre MOL tower, which was approved in 2017 before the ban.

Informal talks were held with MOL, OTP Bank and Richter on the possible construction of skyscrapers to serve as their headquarters (all three have close connections to the ruling Fidesz party) but only MOL chose to avail itself of the opportunity. The project has since led to political games being played within Fidesz itself.

Since 1997 it has been forbidden to build skyscrapers taller than 65 metres in Bucharest, to avoid any construction surpassing the two major symbols of the city: St Stephen’s Basilica and Parliament, both 96-metres tall. To build something taller than 65 metres, companies should have had the permission of the municipality.

When last year MOL announced its new headquarters, known as MOL Campus, János Lázár, the former head of the prime minister’s office, presented a draft law taking such decisions out of the municipality’s hands and making the government solely responsible. The draft should have been discussed by June 30 of this year, but was subsequently modified. As a consequence, János Lázár left the cabinet to the applause of his party Fidesz, which appeared glad to get rid of him.

The 28-storey MOL tower comes with a number of sustainable features, possibly to mitigate the company’s work with fossil fuels. The international architectural firm Foster & Partners will design the tower, with several sky gardens and a green ribbon of plants and trees running from the ground-based central atrium to the top-based public garden.