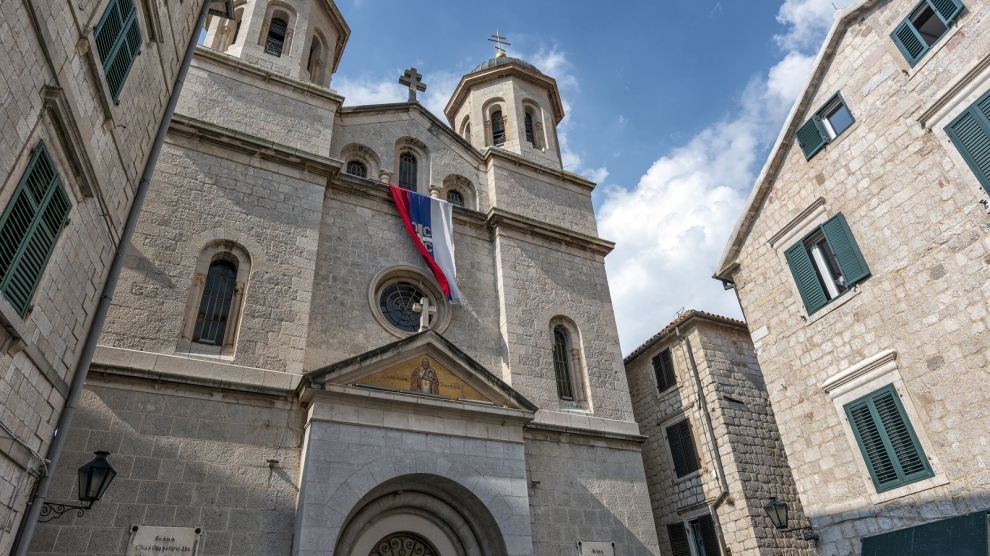 MPs in Montenegro have passed a controversial law on religion that could see the country’s biggest church stripped of property and other assets, fueling a row with Serbia.

Most of Montenegro’s Orthodox Christians – who make up around 70 per cent of the population – belong to a local branch of the Serbian Orthodox Church. The new law will require religious communities to prove ownership over properties they hold or see them become state assets. Hundreds of churches and monasteries, many built in the Middle Ages, are threatened.

The law was passed during a special session of parliament held in the early hours of December 27. There were violent clashes both outside parliament, with riot police used to prevent protesters from reaching the parliament building, and inside, where members of the pro-Serbian Democratic Front attempted to storm the speaker’s chair in order to take over proceedings and prevent the vote from taking place.

“We are ready to die for our church and that’s what we are demonstrating tonight,” said Andrija Mandić, leader of Democratic Front, during the skirmishes in parliament.

MPs from the Democratic Front have now been suspended from parliament for 15 days. Later on December 27 a court in the Montenegrin capital ordered the detention of Mr Mandić, as well as two other MPs, for preventing the speaker of parliament from doing his job.

Montenegro’s president Milo Đukanović has long accused the Serbian Orthodox Church of promoting pro-Serbian policies within the country and seeking to undermine its statehood. The church opposed Montenegro’s membership of NATO.

In the meantime, the Serbian Orthodox Church has urged calm and said it will complain to international organisations over what it calls a “brutal threat to the freedom of religion in Montenegro.”

Montenegro declared independence from Serbia in 2006.