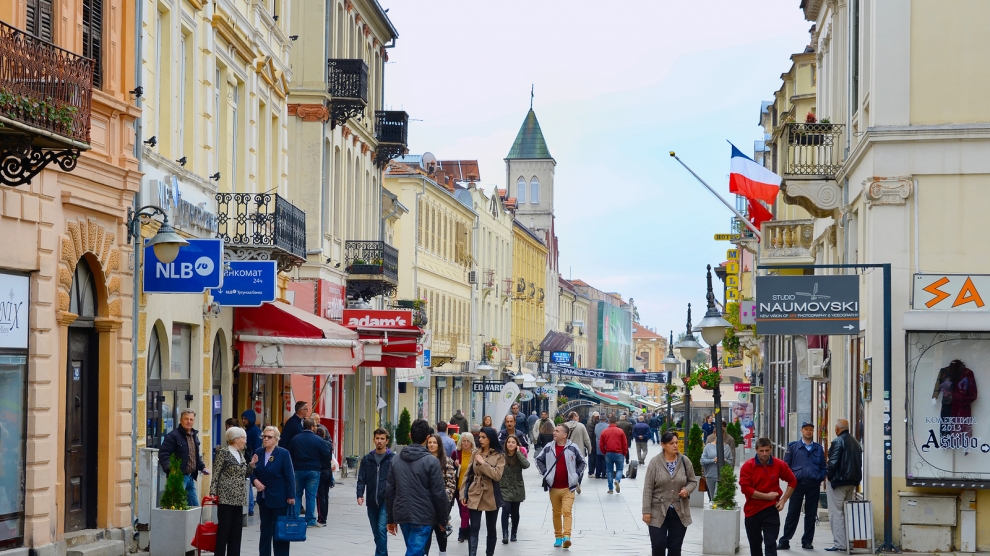 Sparkasse Banka Makedonija has become the second Macedonian bank to join an initiative led by the European Bank for Reconstruction and Development (EBRD) to boost lending to the country’s privately owned small- and medium-sized enterprises (SMEs).

The EBRD is providing a 10 million-euro loan to Sparkasse Banka Makedonija, under the Western Balkans SME Competitiveness Support Programme, which, with the support of the European Union (EU), provides medium- and long-term financing to SMEs and helps them to become aligned with EU standards and requirements.

The EBRD loan is backed by 1.5 million euros from the EU, delivered under its Instrument for Pre-Accession Assistance (IPA).

The EBRD funds for Sparkasse Banka Makedonija will be targeted specifically at upgrades of production facilities to improve the competitiveness of local companies, with at least 60 per cent of the funds aimed at reducing energy and resource use and associated costs.

SME sub-borrowers of Sparkasse Banka Makedonija that successfully complete their modernisation projects to a specific EU standard will receive IPA grant funding from the EU.

SMEs form the backbone of the Macedonian economy. According to EU figures, they account for 65 per cent total value-added and about 80 per cent of all jobs in the country, well above the respective EU averages of 57 per cent and 66 per cent. Yet accessing financing remains a challenge, which this EBRD loan is set to address.

Earlier this year, a similar financing package was extended to Ohridska Banka under the same programme.

In total, the Western Balkans SME Competitiveness Support Programme aims to provide up to 30 million euros in loans to Macedonian commercial banks over the coming year, with the EU contributing a further six million euros in the following years.

The current programme builds on an earlier 20 million-euro competitiveness support facility, which was in place between 2010 and 2015 and was also supported by the European Union which provided four million euros.

The EBRD has been investing in the Macedonian economy since 1993. To date, the bank has signed more than 110 projects in the country, with a net cumulative business volume of more than 1.75 billion euros.