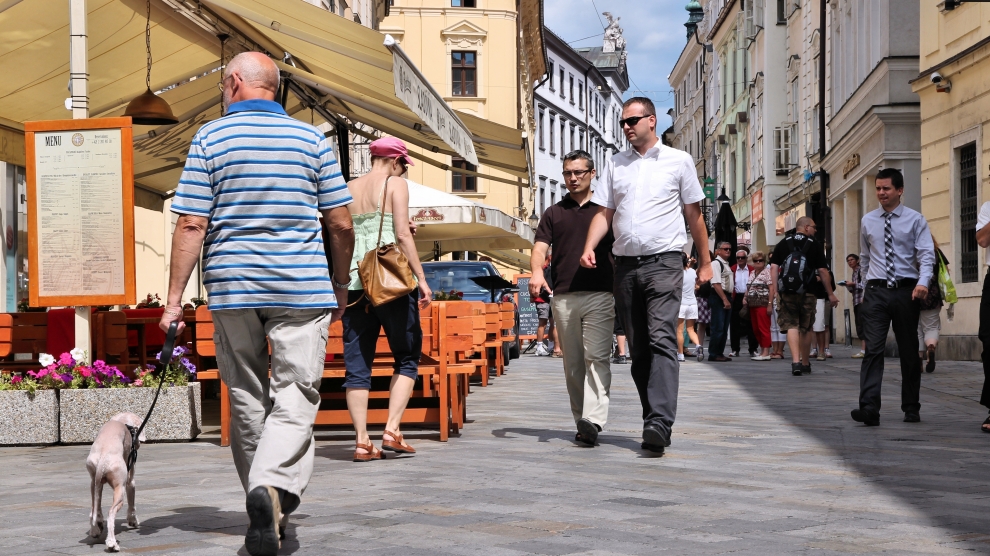 The European Union’s Agency for Fundamental Human Rights (FRA) has published its annual survey focusing on how the EU-27, North Macedonia and the UK perceive human rights. FRA surveyed 35,000 respondents and highlighted some telling indicators of attitudes towards democracy, corruption and the protection of rights.

The report aims to inform policymakers and politicians on the realities of everyday interactions with human rights principles and reflect fundamental concerns, in order to help overcome the distrust with institutions that are becoming so glaringly evident.

The reoccurring theme that the report reveals is a large discrepancy between citizens’ expectations and realities. An overwhelming nine in 10 people say that human rights matter greatly in the creation of more equal societies, yet many also think that the current system does not equally benefit them. This was particularly pertinent amongst poorer sections of society as well as those with disabilities, health issues and older populations. This illustrates a deficit created by discrepancies in the right to access, as the most vulnerable populations feel they continue to fall through the gaps in the system.

While many of the themes in the survey have no correlation with regional trends, others highlight stark differences between parts of emerging Europe and the west of the continent. The survey also illustrates that emerging Europeans have commendably high expectations regarding a general acceptance of human rights, but that attitudes become increasingly mixed when murkier questions regarding minorities, bribery and political intimidation are asked.

While countries like Poland, Slovakia and Slovenia had over 62 per cent of respondents agree that everyone in their country enjoys the same basic human rights, Croatia and Hungary left room for worry, with just 23 and 34 per cent agreeing respectively. Furthermore, Hungary had the lowest percentage of respondents believing that human rights are important, at 76 per cent, 14 per cent behind the EU average.

Interestingly, the survey also touched upon human rights in the justice system, asking “the only people who benefit from human rights in this country are those who do not deserve them such as criminals and terrorists.” Emerging Europe disproportionately agreed with this statement, Slovakia and Bulgaria coming in at above 60 per cent, while Lithuania, Croatia, Romania, Hungary, Slovenia, Poland and Czechia were all amongst the top respondents. This exposes a worrying trend of flexible attitudes towards human rights, where certain individuals are “not deserving”, not to mention the notion that everyday citizens feel that they are not benefitting from the protection of their own rights.

In the report, the FRA director, Micheal O’Flaherty, states that while a few years ago fundamental human rights would not be up for debate, now “across the EU and beyond, human rights systems have since been under steady threat – dismissed as political correctness gone too far, as serving only the elite, and as inconvenient barriers to swift action.”

Echoing this sentiment, the region also highlighted lax attitudes towards bribery and corruption. Half of citizens in Slovakia, Croatia and Czechia believe it is acceptable to offer a gift or favour in order to get a public servant to react more quickly to a request, and over 60 per cent of respondents in Hungary, Slovakia, Croatia and Latvia believed that similar bribery was necessary to receive proper medical treatment. These high figures contrast steeply with the EU average of just 35 per cent.

This is particularly troubling in the era of a major health pandemic such as Covid-19, if many people feel that gifts and favours are a requirement for better treatment, especially from public hospitals. For many in the region however, such behaviour is normalised, particularly amongst a nonchalant youth. “For example when you have to pay heavy money to the gynaecologist so that you will be treated as a human being in the hospital — and that’s absolutely general, there’s nothing unusual about it,” said one Hungarian respondent to the survey.

Attitudes towards democracy were a further point of concern. Despite 86 per cent of people in the EU considering democratic principles as important, 60 per cent also believe that mainstream political parties don’t care about “people like them”. This was highest in Croatia – 81 per cent – and Romania at 80 per cent.

Of most concern perhaps is the news that Hungarians and Romanians have a medium or high level of fear of becoming a victim of political intimidation by political parties during an election campaign, at 51 per cent and 48 per cent respectively. This betrays the polarising political atmosphere in both countries, often propelled by attacks on minorities in order to mobilise conservative supporters.

Interestingly however, Poland, whose government has been accused of employing similar techniques, had a much lower level of perceived political intimidation, at 28 per cent, lower than Germany, Austria and Spain. This at least partly reflects the lower level of voting pressures and transparency in electoral procedures, which is some positive news for the country.

The report also highlights low levels of political transparency in Hungary, Croatia, Slovakia, Romania and Latvia, where many feel that the ability of NGOs to carry out their work is restricted by government intimidation.