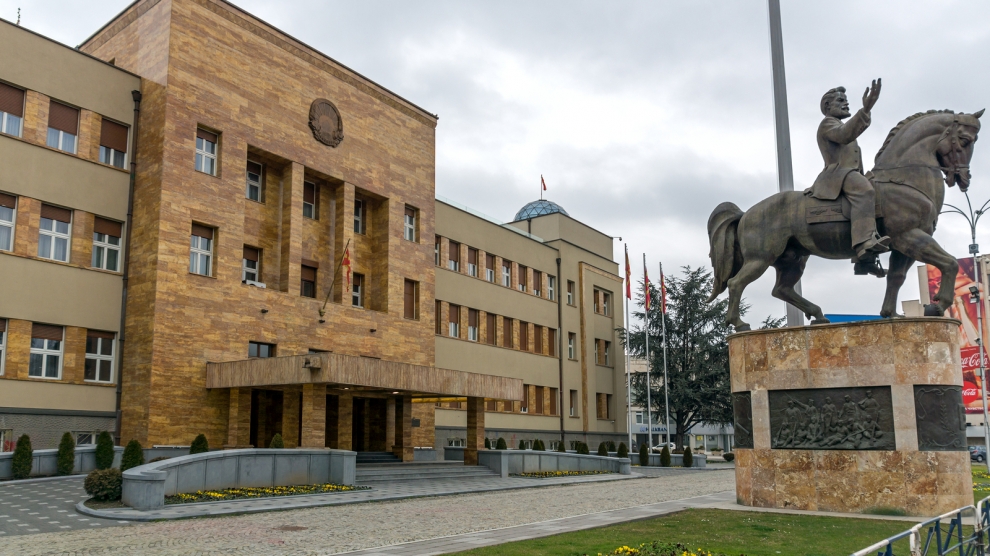 A court in North Macedonia has sentenced 16 people for prison over their role in the violent protests and the invasion of the country’s parliament in 2017.

Among those sentenced was former interior minister Mitko Cavkov, who was sentenced to 18 years in prison for “terrorist endangerment of the constitutional order and security.”

While serving as interior minister, Mr Cavkov was responsible for public security during a post-election political unrest when some 100 nationalist protesters stormed the parliament building in Skopje on April 27, 2017.

The demonstrators stormed the parliament with the aim of preventing the Social Democratic Union party of Macedonia from forming a coalition with ethnic Albanian parties. Several lawmakers and journalists were injured, including then-opposition head Zoran Zaev, North Macedonia’s current prime minister.

“The events were broadcast live, and citizens watched those terrible images with bleeding heads of lawmakers and journalists who were under attack, which undoubtedly caused insecurity and fear,” presiding judge of the trial Dobrila Kacarska said.

A further 15 people were also charged associated with the parliament invasion, but were pardoned by an amnesty law passed by the Zaev administration.

Five of those Macedonians granted amnesty were lawmakers of the conservative opposition VMRO-DPMNE party who eventually broke party discipline and sided with Mr Zaev’s Social Democrats to pass his controversial name-change deal with Greece.

Most of those sentenced for prison are former VMRO-DPMNE officials. Reacting to the ruling, the party’s secretary general, Igor Janusev called the verdict unfair and politically biased.