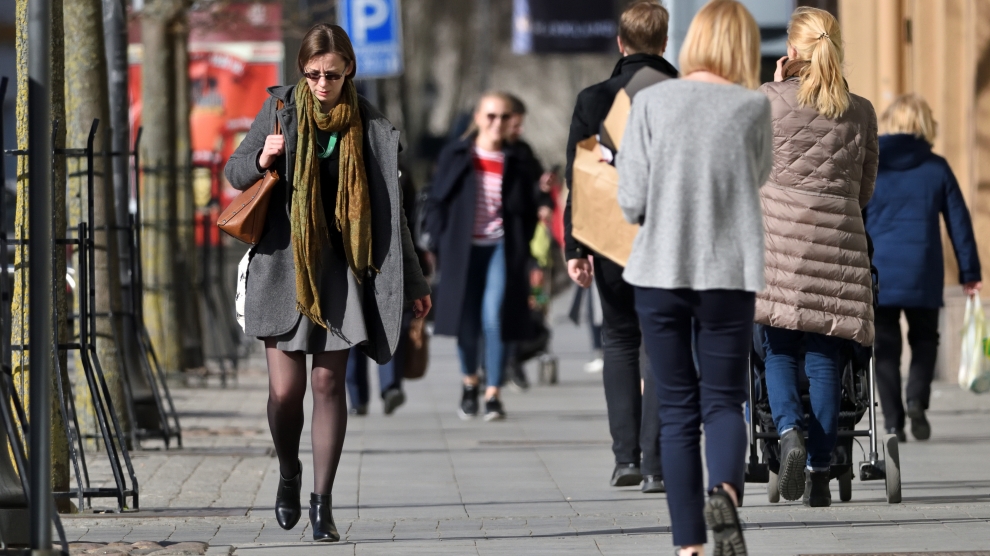 Lithuania is failing to make use of the unique opportunity given to it by being in the European Union, according to a new report looking at human rights in the country.

The report, Human Rights in Lithuania 2018-2019, carried out by the Human Rights Monitoring Institute (HRMI), claims that discrimination on the grounds of gender, sexual orientation, disability, age, origin and other grounds is regularly seen in the labour market, the service sector, and other areas. Public discussions often uncover a very narrow understanding of what it means to be “Lithuanian”, which rejects any perceived otherness. Such isolation and disrespect for a person’s equal rights often leads to hate speech or even physical violence.

“Cases from recent years show that, even in times of economic growth and political stability, important aspects of individual rights and freedoms can be conveniently ignored, decisions that have been criticised and commented on by international organisations can be left unimplemented, and past violations can be repeated,” says Paulius Gritėnas, a commentator and philosopher, in the preface to the report. “Why are human rights not treated seriously or even disrespected? The biggest obstacle is still the fact that society has grown accustomed to conveniently picking topics relevant to the majority, forgetting the interests and problems of smaller groups.”

According to the report, prepared by 19 human rights experts, including lawyers and experts in political, social, and medical sciences, although eight out of 10 victims of domestic violence in Lithuania are women, Lithuanian laws still do not follow a gender-sensitive approach, while parliament has failed to muster the political will to ratify the Istanbul Convention, a human rights treaty of the Council of Europe against violence against women and domestic violence.

The authorities are also reluctant to show leadership when it comes to human rights and have not yet dropped the discriminatory provision from the Law on the Protection of Minors Against Detrimental Effects of Public Information, which can be abused by certain groups to censor any public information related to LGBT+ rights.

Although the Covid-19 crisis and its impact on human rights are not analysed in this review, many of the challenges in the past few months reflect the long-standing issues discussed.

“The crisis caused by the coronavirus and the increased focus on the health care system do not allow us to forget that in this system there are many inequalities that open up through statistics showing individual group mortality or its cause,” adds Mr Gritėnas.

“In the field of mental health, problems can be identified with children’s mental health and assistance to them issues. The transition from institutional to community service infrastructure for people with psychosocial or intellectual disabilities is stalled. In addition, there is a lack of focus on the prevention of suicide and other self-harming behaviors, and the integration of care into health, education and social protection.”

In a new study carried out by wellbeing platform Manual, exploring the potential impact of Covid-19 and strict lockdown measures on mental health around the world, Lithuania was revealed to be the emerging Europe country most at risk of a surge in mental health cases as we enter the next stage of the pandemic.

“Lithuania is still unable to make good use of the unique opportunity given to it by being in the European Union, and to aim for a welfare state and the healthiest society possible while consistently respecting human rights,” says Dainius Pūras, director of the Human Rights Monitoring Institute. “There is a lack of political, cultural, scientific and business leaders willing to unite society for a common cause – to ensure respect for each individual’s rights and our common values. Citizens are often misled by fake news about values that are purportedly not fit for Lithuania, even when those same values are respected every day by the most successful countries in the world and enshrined in Lithuania’s own constitution.”

Despite considerable challenges and constant attempts to backtrack, the last few years have also seen significant progress. Despite some attempts to do so, the authorities have failed to restrict freedom of expression due to opposition from civil society and the media, while to tighter regulations, personal data protection and privacy issues were under exceptional scrutiny in the reviewed period, which helped to raise public awareness.

Ten thousand people (the highest number recorded) took part in the 2019 Baltic Pride parade in Vilnius, the second such parade that passed without incident on the part of the protesters and without any artificial obstructions from the state.

There has also been progress on the right to a fair trial. The European Union raised the standards of the rights of suspects and accused persons, which meant that Lithuanian laws had to be updated accordingly. Law enforcement officials are also starting to use detention more responsibly in pre-trial investigations.

The report also points out that while politicians have failed to show true leadership when it came to legal protections for the rights of LGBT+ people, in 2019 the Constitutional Court held that “family” as defined by the constitution was gender-neutral. This removed formal obstacles to the passing a law on civil partnerships.

“We welcome the fact that the authorities are becoming more open about, and involve civil society more in, drafting legislation, and also that they are cooperating more with NGOs when formulating or implementing various policies,” says Goda Jurevičiūtė, a project manager at the HRMI. “This gives us hope that we will shake off the stagnation in certain areas in the long run. Further progress will depend on all of us understanding and defending our own rights.”

Where can I travel? As borders re-open, new EU website aims to help
Poland’s ruling conservatives go all-in with ‘traditional family’ card. It may not be enough to keep their man in the presidential palace
Comment