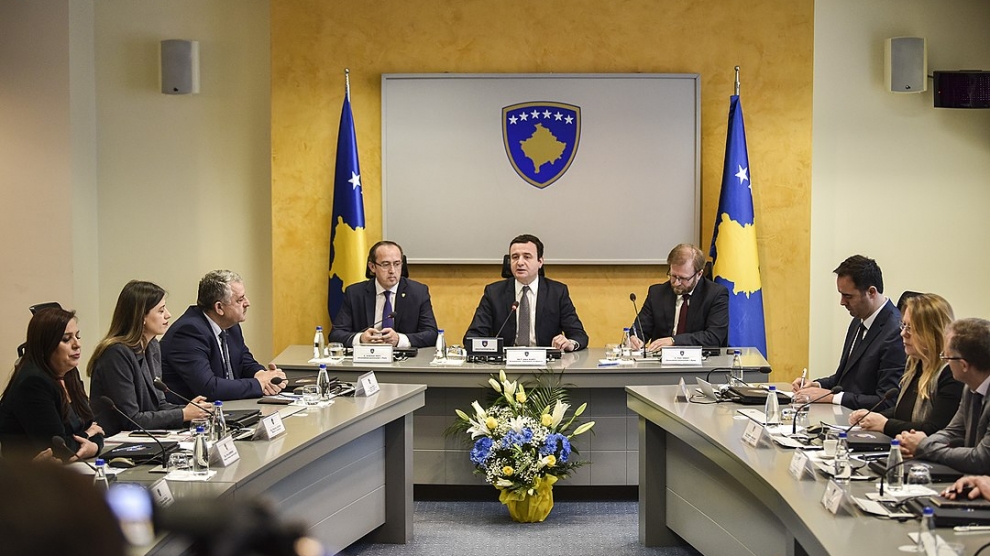 The Kosovo government fell on March 25, after only a little over two months in power. Analysts are now concerned that continued crises within the fledgling nation could obstruct the formation of necessary democratic institutions and bring a halt to much needed economic reforms.

The controversial no-confidence vote which brought down the government of Albin Kurti – held in the middle of the coronavirus outbreak – means that Kosovo once again has an interim executive with Mr Kurti an acting prime minister.

The crisis has brought into focus the increasing tensions between the many stakeholders in Kosovo’s future. The United States Special Envoy for Serbia and Kosovo Richard Grenell and US Ambassador to Kosovo Philip Kosnett supported the no-confidence vote. Representatives from the European Union opposed it.

“The US attitude has been very imposing and punishing on Kosovo, generating a conflicting political climate leading to the downfall of a government in which high hopes had been placed. A series of reforms to build and consolidate the democratic institutions of Kosovo, as well as the economy, needed to give citizens the chance to build a future in their own country and not elsewhere, will certainly not take place,” says Isilda Mara, country expert for Albania and Kosovo at the Vienna Institute for International Economic Studies (wiiw).

One of the issues that led to the government’s fall was its handling of the 100 per cent import tariffs levied on all goods from Serbia and Bosnia and Herzegovina. These were instituted in 2018 as a response to Serbia’s campaign to persuade other countries to revoke their recognition of Kosovo’s independence, and blocking Kosovo’s path towards Interpol membership.

Mr Kurti lifted part of the import duties – for raw materials – while leaving others in place.

The United States has been pressuring Kosovo to lift the tariffs completely with Mr Grenell stating in March that economic development cannot move forward until they are abolished.

But Isilda Mara at wiiw points out that economic indicators might suggest otherwise.

“The tariffs, certainly, are more than an economic instrument, they are political. Economic indicators, such as the volume of exports to Serbia and imports to Kosovo, or even inflationary trends, do not suggest that the tariffs have had a negative impact on the economies of either country,” she tells Emerging Europe.

Furthermore, pressure from the United States on Kosovo has put the country in an inferior negotiating position.

“If removing the tariffs is easily observable, the same cannot be said about Serbia’s commitment to stop lobbying for the de-recognition of Kosovo. So the US calling on Kosovo to abolish unconditionally the 100 per cent tariff certainly puts Kosovo in an inferior position. It was the refusal of Kosovo to take up this inferior position that brought down the Kurti government,” she continues.

“Indeed, the aggressiveness of Kosovo’s main ally is harmful not only Kosovo’s internal and external stability but also to strategic investments in Kosovo. Therefore, under such conditions the EU should change tactics and strategies in dealing with Kosovo and take a more active role in ensuring stability and economic prosperity not only for Kosovo but for the whole region,” Ms Mara adds.

During a meeting last week to plot a path towards a future Kosovo government, representatives from the country’s largest party, Vetëvendosje, including Mr Kurti, accused the United States of having a secret plan to revive a land swap idea first mooted by Kosovo’s president, Hashim Thaçi, last year. His Serbian counterpart Aleksander Vučić is believed to be receptive to the idea.

As part of the deal, the Presevo Valley in southern Serbia, where the population is mostly ethnic Albanian, would join Kosovo. In return, Serbia would re-establish full control over the majority ethnic-Serb area of Kosovo to the north of the River Ibar, which runs through the heart of the city of Mitrovica. The EU is wholly opposed to the idea, fearing it could reawaken other border disputes in the Western Balkans.

However, Mr Grenell and Mr Kosnett have said in a joint statement that there are no secret plans, although some regional experts are not so convinced.

“The hand of the United States is clearly visible in the downfall of Albin Kurti’s government in Kosovo. While the central EU states tried to avert the vote of confidence, the US publicly stood aside, and there is every reason to believe that they privately offered incentives to the [Democratic League of Kosovo] LDK to abandon the coalition,” Professor Eric Gordy, from University College London, tells Emerging Europe.

“The success in removing Kurti represents a short-term victory for Grenell, Thaçi and [Aleksander] Vučić. In the longer term it will be costly. The United States risks losing its reputation as a reliable partner for Kosovo, and with that its ability to influence events in the future. And the chances for a sustainable agreement between Kosovo and Serbia have been reduced by abandoning serious negotiations for a borderland swap,” he adds.

President Thaçi will meet with Mr Kurti to discuss forming a new government this week. According to the Kosovan constitution the president must first offer the party with the most seats in parliament the chance to form a government. Only then may he approach other possible candidates.

It could be sometime before Kosovo has a new government.