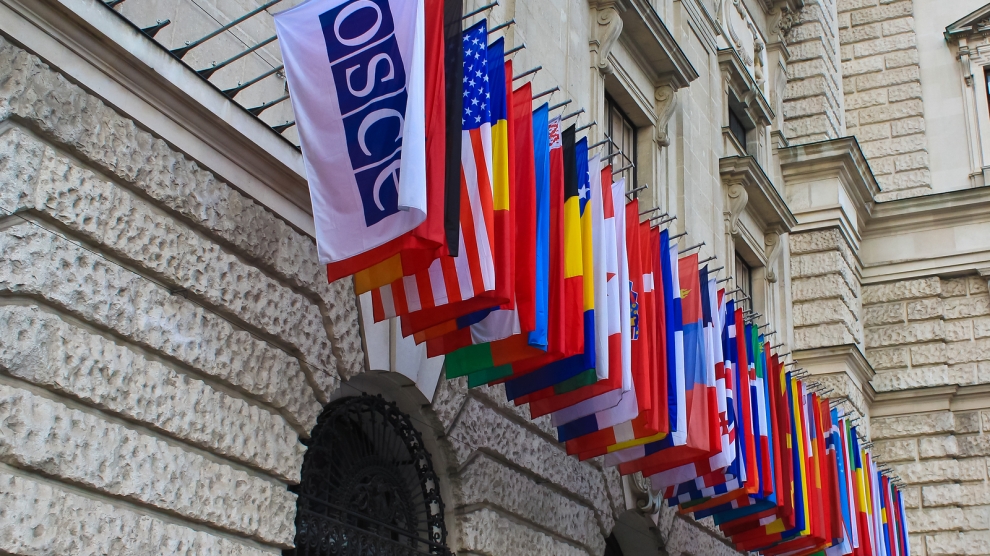 The existence of a stable economic route along the New Silk Road is a common goal of all countries participating in the initiative, and Azerbaijan has made a significant contribution to this its progress. These were the words of president of Giorgi Tsereteli, president of the OSCE Parliamentary Assembly, who was speaking in Baku, the Azerbaijan capital, at conference of the Silk Road Support Group.

Over the course of the two-day forum, which took part from March 13-14, the members of the OSCE’s parliamentary assembly discussed the cooperation among parliaments of the Silk Road’s economic, transport and logistic infrastructure.

“Economic projects are an integral part of OSCE activities,” said Mr Tsereteli. “The situation in the world economy requires close cooperation of countries to counter existing challenges. The Baku-Tbilisi-Kars railway is an ideal example of a corridor between the East and the West, and this kind of project plays a huge role in terms of building economic bridges between countries.”

Azerbaijan created the Silk Road Support Group in order to boost its influence as a key location at the crossroads of Europe and Asia. The primary role of this group is to promote transport corridors, facilitate trade and transport procedures and protect the free and safe movement of people, goods, services and investments.

The New Silk Road project – also known as One Belt, One Road – is a global Chinese initiative to boost global trade which now encompasses around 40 countries.