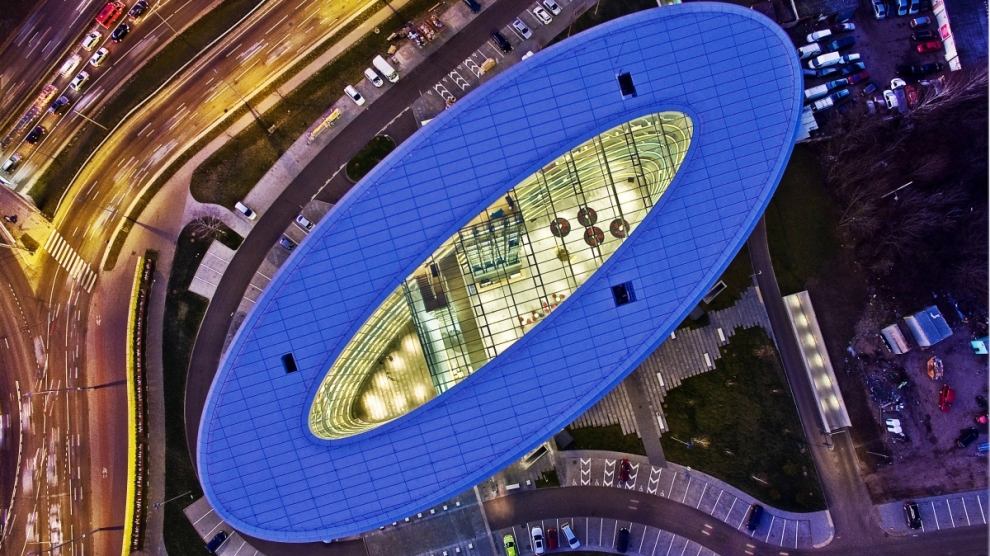 PropTech Baltics has announced the launch of RealBox, the first PropTech sandbox in the world, aimed at companies worldwide and inviting them to test and pilot their projects in Lithuania. The innovative concept, unveiled on March 14 during the MIPIM real estate exhibition in Cannes, France, is a global first and is aimed at all PropTech companies including service parking, RE management, VR and big data.

RealBox’s objective is to tackle an industry-wide issue. PropTech companies need to test their technology and concepts with trial runs before going to market – this usually involves finding property partners and spending time and money into figuring out and carrying out any improvements. RealBox helps companies cut the time and costs needed to run pilot tests by providing set-up free of charge.

There are 48 buildings and over 930,000 square metres available as sandbox environments in Vilnius and Kaunas, Lithuania’s two largest cities, including residential, mixed-use and commercial buildings. Among these are four of Lithuania’s largest shopping centres with a total surface of over 300,000 square metres.

“PropTech is growing at enormous rates, generating ideas and solutions that will change how we think about property and property solutions in the future,” said Justina Jursyte, RealBox project lead and co-founder of PropTech Baltic. “With RealBox, we are offering a playground for all PropTech companies, regardless of their field, to come to the Baltics and try their ideas in practice.”

Basing RealBox in Vilnius was a strategic decision. The Lithuanian capital is fast becoming a significant European hub for technology companies and innovation. Opening a company in Lithuania is extremely easy. Its favourable legal and tax environment has attracted companies such as Barclays and Western Union. The likes of Uber and Sentiance have also recently flocked to the Lithuanian capital to make the most of its pool of young talent, excellent infrastructure and low operational costs.

Mindaugas Statulevicius, CEO of the Lithuanian Real Estate Development Association and co-founder of PropTech Baltic, added: “Vilnius is being increasingly recognised as one of the most exciting capitals in the world. Even though recently created, PropTech Baltic has seen rapid growth, and is ready to take another step forward. We’re happy to open our doors and invite the global tech community to test their pilot projects in Lithuania with RealBox.”

“Vilnius is already known as one of the biggest fintech hubs due to its attractive regulations and open-data policies. Our capital counts with various platforms that foment the growth of PropTech, including one of the first Blockchain centres in the world. With RealBox, Vilnius is well on its path to becoming one of the most significant PropTech hubs in the world,” said Mayor of Vilnius Remigijus Šimašius.

Earlier in the day Mr Šimašius had told Emerging Europe that his city was “open to everyone.”

RealBox is an offshoot project of PropTech Baltic and counts with 48 properties in Vilnius and Kaunas. The sandbox environment includes residential, commercial and mixed-use developments totalling over 930,000 square metres for PropTech companies to use as their ‘playground’ before scaling up further.